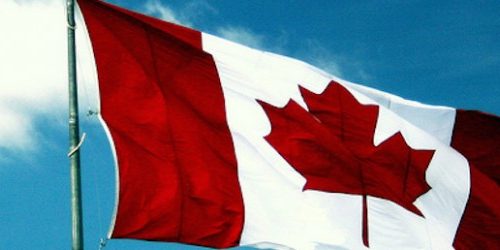 Canada’s technology industry can look forward to the federal government investing half a billion dollars’ into the country’s digital infrastructure, more than $70 million into workforce training, increased startup funding and support – and to retaining a lower tax rate on stock options, under the budget released today by Liberal finance minister Bill Morneau.

“From a tech sector point of view, there are several things that were included that are actually very good for the industry,” says Information Technology Association of Canada (ITAC) president and CEO Karna Gupta, whose organization met with several members of the federal government during its budget consultation process and submitted a report to the ministry of finance summarizing its suggestions for the budget. “In fact, they’re fairly consistent with our submission.”

Of particular note is the government’s “Helping High-Impact Firms Scale Up” initiative, says Gupta, which aims to coordinate federal financing and advisory services to support “innovative” firms – such as the following case study from the tech industry.

“An Ontario company that develops technology to instantaneously analyze manufacturing data approaches the National Research Council’s Industrial Research Assistance Program for assistance,” the budget says. “The company has experienced exponential growth over the last five years but is now struggling with access to working capital. The High-Impact Firm Initiative connects the company with financing solutions offered by the Business Development Bank of Canada, which enables the company to access the working capital it needs.”

Five other initiatives are also likely to prove a boon to the tech industry, Gupta says, all of them scheduled to be begin during the 2016 – 2017 fiscal year:

As requested, the Liberals have also committed to supporting scientific research and development, and as predicted, dropped their proposal to fully tax individual stock option gains exceeding $100,000, an initiative which had been controversial in the tech industry.

As noted in a previous feature on ITBusiness.ca, tech companies – especially startups – frequently rely on stock options to compensate their top talent, a fact that Morneau himself acknowledged to reporters.

“I heard from many small firms and innovators that they use stock options as a legitimate form of compensation, so we decided not to put that in our budget,” the finance minister told reporters, including the Globe and Mail, adding that increasing options taxes in future budgets was “not in our plan.”

“Overall, [the budget] has a lot of potential,” Gupta says. “We need to work through the details… but generally, and I think from ITAC’s point of view, we’re quite pleased with the budget’s key focus on the tech sector.”

Russ Roberts, senior vice-president of advocacy for the Canadian Advanced Technology Alliance (CATA), was more encouraged by what the budget didn’t specify than by what it did – particularly the lack of detail in the “Helping High-Impact Firms Scale Up” initiative, which he says indicates the government intends to conduct a review that will decide precisely what “high-impact” means.

“It’s an important budget, because it’s laying out a review – a very extensive review – of the government’s support programs for innovation over the next year,” Roberts says. “We have been looking for such a review, particularly one that focuses on [Scientific Research and Experimental Development (SR&ED)] tax incentives, which are included… They’ve brought in some interim programs while they do the review, but the essence of what’s going to happen is that we’ll have to wait and see where they get to.”

Tags: bill morneauCanadian governmentfederal budgetGovernment of CanadaITAC
Share with FacebookShare with TwitterShare with LinkedInShare with Google+Share with Pinterest