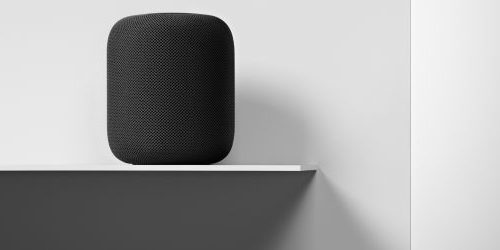 Apple Inc.’s long-awaited wireless speaker, the HomePod, will be available for online orders this Friday – but not in Canada.

Consumers from the U.S., U.K. and Australia will have the first chance to purchase the device, followed by customers in France and Germany later this spring.

Apple had originally planned to release the device shortly before last Christmas. It was delayed after the company said it needed more time.

HomePod can send a message, set a timer, check the news and play podcasts with voice commands. It can also control several HomeKit smart home accessories including switches, locks, and outlets.

Prior to releasing HomePod, Apple has also made some adjustments to Siri, according to the company, and will feature a “deeper understanding” of music and the ability to understand users’ different tastes. The HomePod will not be available in Canada just yet. Source: Apple.

The device is just under seven inches tall and features advanced software for real-time acoustic modelling and echo cancellation. It also includes integrated touch controls and six microphones. Apple says users will be able to play music throughout the house with multi-room audio through an upcoming software update. It’s also compatible with iPhone 5s or later, iPad Pro, iPad Air or later, iPad mini 2 or later, or iPod touch (6th generation) with iOS 11.2.5 or later.

The HomePod comes with a $349 USD price tag and is available in white and grey.