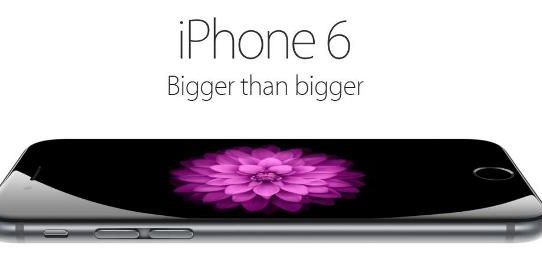 The near field communication features touted by Apple Inc. in iPhone 6 and iPhone 6 Plus may not be entirely new as NFC technology has been employed by other phone manufacturers years ago, but analysts believe Apple’s latest smart phones and its new Apple Pay system will boost mobile payment adoption.

Apple Pay is a wireless payment system which along with a tie-up with American Express, Mastercard or Visa, will enable iPhone 6 and iPhone 6 Plus users to purchase groceries from the Whole Foods Market stores and burgers from McDonald’s restaurants using their phones.

For about a decade now in Asia and Europe and more recently to a lesser extent in North America, consumers have been paying for purchases with their mobile phones. A number of manufacturers have incorporated NFC technology into their handsets much earlier than Apple. However, mobile payment systems are still not standard in majority of handsets and such systems have not caught on in a large way. Perhaps it’s because previous attempts to market mobile payment tend to focus on the technology and not the fun and cool factor which Apple has mastered over the years.

Six alternatives to the iPhone 6 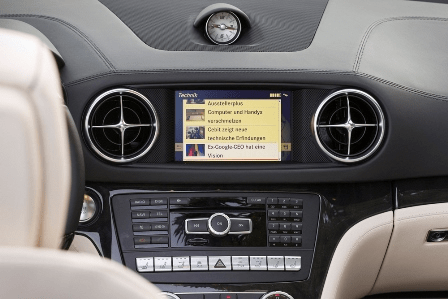 “So far, mobile payment has left consumers cold,” said Eden Zoller, principal analyst for the consumer sector at Ovum Ltd. “But if anyone can make this happen it is probably Apple, although it will need strong partnerships.”

Zoller said NFC may be the key enabling technology in the system, but Apple is also employing its TouchID biometrics for authentication as possibly Passbook, the company’s application in iOs that allows users to store coupons, cards, boarding passes, tickets and other forms of mobile payments.

The analyst said it’s not all about but proximity payments, but rather Apple is also set to enable online checkouts without having users to enter any card details.

“This should get PayPal and other online payment providers a little worried, particularly as Apple already has 800 million iTunes accounts on file,” said Zoller. “Ovum believes Apple will prove effective at marketing mobile payments to consumers, not as a technology but as something that will make paying for goods and services with your phone fast easy and even fun.”

Apple is also likely to endow greater cool factor in the growing big smart phone market, according to Krista Napier, manager for mobility for the analyst firm IDC Canada.

“Screen size matters as users are watching videos and using apps and browsing the Web more…the real estate makes for arguably a more enjoyable experience and makes it easier to type as well,” she said. “The bigger screen size on the 4.7” iPhone 6 and the 5.5” iPhone 6 Plus, was a really important upgrade and one that will help to make Apple’s phones compete against the increasingly large phones in the market.”

She also noted that there has been a huge pent up demand for a new handset from iPhone users and Napier foresee Apple selling a lot of the new devices during the run up to the holiday season. It is still early days for wearables but I think this is an important move for apple,” she said. “I think the Watch will help drive additional awareness, interest and adoption in the growing wearables market.”

A recent survey by information and advisory company The NPD Group, indicates that there is a growing awareness of wearable technology among Canadians but price remains a critical hurdle for potential purchasers.

The company found that two-thirds of Canadians know about wearable technology such as fitness trackers, smart watches and smart glasses. However four in 10 consumers are likely to cite cost as a barrier to purchase.

“Functionality is important to consumers, and brands are taking note, but depending on the device, features like making and receiving phone calls, texting, GPS navigation, taking photos or videos, and surfing the Internet may not be what drives shoppers to the checkout stand,” said Mark Haar, director of consumer electronics at The NPD Group. “Since it’s a priority for Canadians to be able to wear a piece of technology that integrates seamlessly into their wardrobes, manufacturers may have more success gaining market share if they focus on style as a point of differentiation from competitors.”

Andrew Cohen, principal of San Francisco-based mobile application delivery platform Powwow, believes what is for now called the iWatch will be instrumental in not only boosting the wearables market but also in spurring adoption of the technology in the corporate environment.

“Device like the iWatch are increasingly being used to track health and performance in sports activities but we see these devices playing an important role in the work environment in various industries,” he told CDN.

Powwow develops solutions that allow organizations to incorporate business applications into their employees’ mobile devices such as smart phones and tablets. Cohen foresees the same thing catching on with smart watches.

“For example, I think smart watches are the ideal device for workers and technicians to check on regulatory activities and updates in the health industry,” he said. “People can use the device to monitor snippets of financial metrics and receive alerts on stocks or currency rate changes on the fly.”