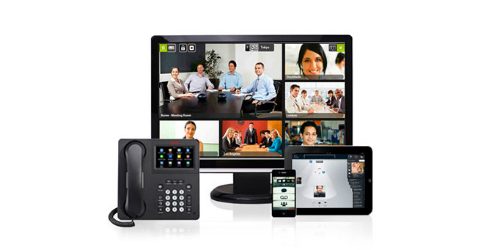 Avaya is bringing its cloud-based IP Office solution to Canada, and has named two exclusive partners to help it bring the offering to market.

At its Canadian Partner Engage events currently taking place across Canada, most recently Markham, ON and Vancouver, the unified communications vendor named Telephonetics and Westcon in exclusive deals to respectively bundle and distribute the collaboration platform for resellers.

“[The solution] is core to our mid-market strategy in Canada,” said Miles Davis, the company’s Canadian channel director. He made reference to Avaya’s new strategy to capture sub-2,000 seat companies, which the company began to push back in January.  In an earlier interview, Davis had called Canada “a mid-market country.”

“We’ve invested a lot into the mid-market space in terms of the resources that we’ve deployed,” said Davis.  “We see cloud-based IP Office as being able to reach not only our existing new sales but also the considerable Norstar and BCM install base that exists across Canada.  We think we have a compelling offer for that install base, and what we’ve done with the cloud-based IPO is taken to the Norstar and BCM customers a different way of consuming the IP Office applications.”

But integral to the cloud-based offering will be the new delivery model, which can now be sold per user per month.  Avaya is providing two license models – basic and power user – to Miramar, F.L.-based Telephonetics, which combines the platform with their IP and data centre services to create bundled solutions, that can then be distributed to about 85 per cent of Canada, Davis said.

“We’ve opened it up to our partners and customers to use not only in traditional hardware and software model where it’s a capex cost, but also made functions available at an opex cost or to be used in conjunction,” he explained. “The main benefit is the ability to increase or decrease the number of users at a faster rate, to pay for a solution that is managed on a per user per month basis and remove the financial burden of initial capex cost.”

To sell the solution, Davis noted, partners are required to be certified in both sales and installation.  While Telephonetics is the exclusive managed service provider for now, Avaya has not written off the possibility of opening this role up to the channel down the line.