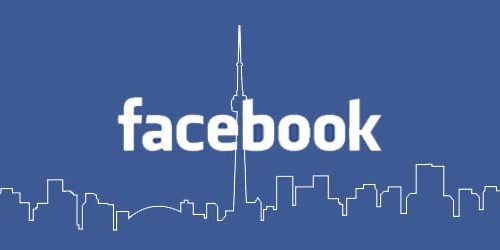 Canada is joining its allies in the United Kingdom, European Union, and United States in launching a formal investigation into Facebook regarding Cambridge Analytica’s alleged misuse of user data.

The Office of the Privacy Commissioner of Canada has officially opened an investigation into the social media giant. In a statement released yesterday, the investigation is “related to recent media reports regarding alleged unauthorized access and use of Facebook user profiles.” Earlier this week, Privacy Commissioner of Canada Daniel Therrien issued a statement to CTV News and other Canadian media saying that it has plans to reach out to Facebook over the misuse of its data by a third-party firm.

“We have received a complaint against Facebook in relation to allegations involving Cambridge Analytica and therefore opened a formal investigation. The first step will be to confirm with the company whether the personal information of Facebook users in Canada was affected,” Therrien said in the statement. “The allegations we’ve seen in media reports raise extremely important privacy questions. The digital world, and social media in particular, have become entrenched in our daily lives and people want their rights to be respected.”

Facebook has been mired in scandal over the last week when media reports with former employee-turned-whistleblower and Canadian Chris Wylie emerged about the London-based Cambridge Analytica. In work it had conducted for the campaign of U.S. President Donald Trump, the firm harvested about 50 million users worth of Facebook data using a third-party app to build up personality profiles of voters in order to target them with political ads. Cambridge Analytica attained the data under the guise of conducting academic research, and then allegedly violated the terms of its agreement with Facebook, according to Wylie’s accounts to media. Facebook no longer allows third-party apps to collect data in this way, and it knew of the data breach with Cambridge Analytica two years ago, according to Wylie.

The Privacy Commissioner’s investigation plans to examine Facebook’s compliance with Canada’s federal private sector policy law, the Personal Information Protection and Electronic Documents Act (PIPEDA). In its statement, while the Office of the Privacy Commissioner could not provide further details into the investigation, it outlined how “PIPEDA requires meaningful and informed consent for the collection, use, and disclosure of personal information in the course of commercial activities. Under the law, companies are also accountable for how they manage and safeguard the personal information in their care and must ensure that it is not disclosed inappropriately.”

Apparently, neither PIPEDA nor Canada’s federal public sector privacy law, the Privacy Act, applies to political parties. Therrien has asked Parliament to consider regulating the collection, use, and disclosure of personal information by political parties. The Office of the Privacy Commissioner of Canada believes that both federal privacy laws are in “urgent need of reform” and Therrien has called upon the government to address any shortcomings in Canada’s privacy policies.

In response to this news, the U.K.  Information Commissioner’s Office also has an ongoing related investigation. Running the U.K. investigation is former assistant privacy commissioner of Canada in 2007-2011, and current U.K. Information Commissioner, Elizabeth Denham. According to reports from BNN, Denham is currently seeking a warrant to search the office of the London headquarters of Cambridge Analytica. The U.S. Federal Trade Commission is also believed to be launching its own probe into Facebook.

“We will remain in contact with the U.K. office and will work with other data protection authorities as appropriate. Ultimately, our goal is to ensure that the privacy rights of Canadian Facebook users are protected,” Therrien said.

Cambridge Analytica has denied any misuse of data reported in the media, and says it deleted the Facebook data in 2014. Meanwhile, Facebook has suspended Cambridge Analytica and is running its own investigation into the news, while Facebook CEO Mark Zuckerberg has been summoned by U.K. lawmakers to answer for “this catastrophic failure of process.”

Tags: Cambridge AnalyticaFacebookPrivacy Commissioner of Canada
Share with FacebookShare with TwitterShare with LinkedInShare with Google+Share with Pinterest