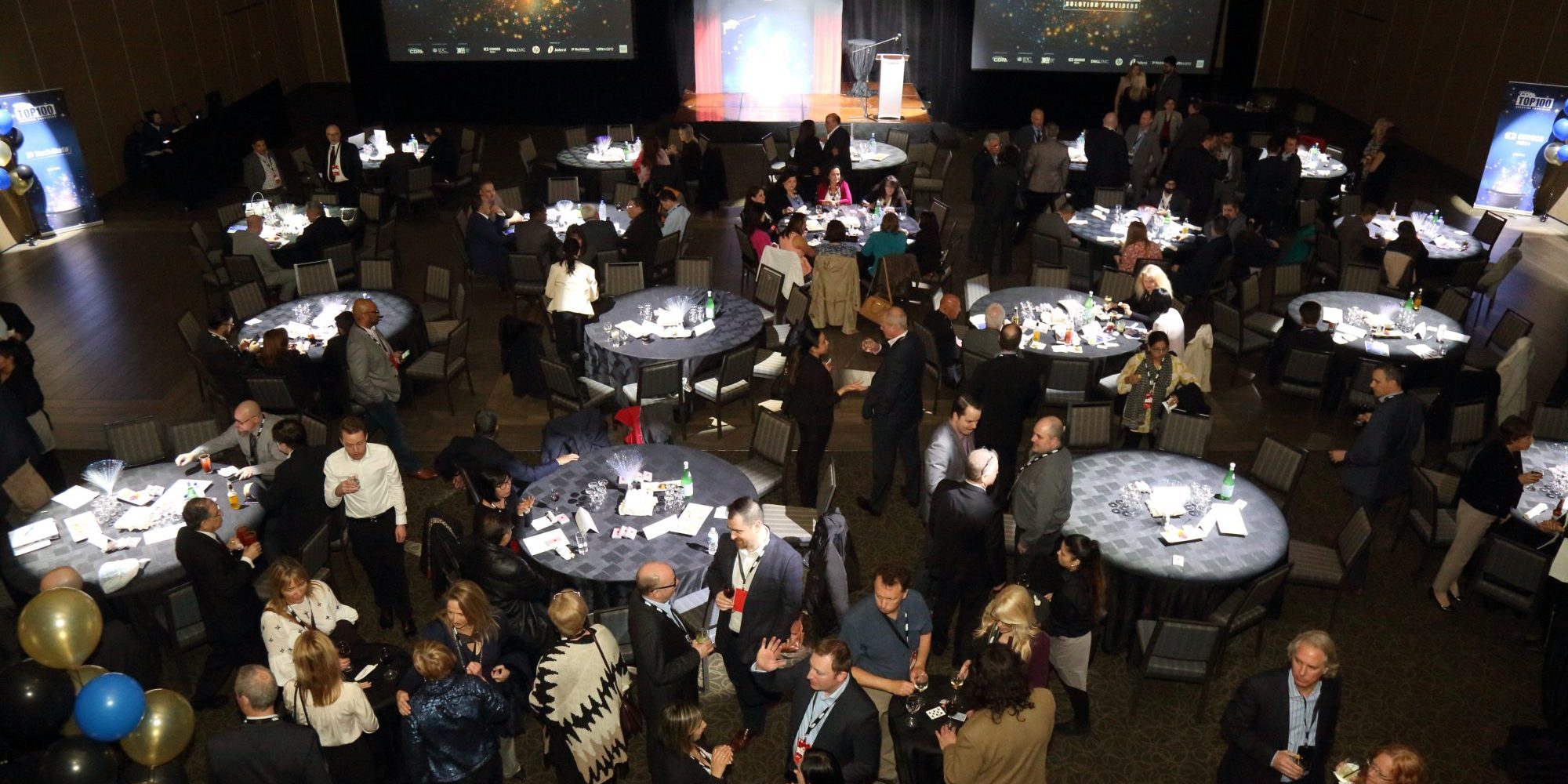 CDW Canada still has its magic touch, once again appearing on top of the Computer Dealer News (CDN) Top 100 IT Solution Providers Gala on April 25.

It’s the fifth year in a row that Toronto-based CDW appears on top of the Top 100 list, once again recording the highest overall revenues in the Canadian IT channel market during 2017. Close behind in second place was Softchoice, Compugen in third, and OnX (recently acquired by Cincinnati Bell Inc.) in fourth, each firm retaining its ranking from the previous year. Compucom pulled an abracadabra move of its own, climbing into fifth spot thanks to double-digit growth in its revenue. Data collected for the rankings is verified and analyzed in partnership with IDC Canada, a leading technology analyst firm.

The economic importance of Canada’s channel community is on full display in this year’s results. Total revenue for 2017 is up 12 per cent to total $9.2 billion. The top 10 solution providers on the list generate an impressive amount of revenue, collectively accounting for more than half the revenue of the entire Top 100 list. After a year of mergers and acquisitions saw some consolidation in the industry, and 126 firms participated this year compared to 145 in 2016, industry watchers can rest assured that participants are experiencing significant growth.

This year is the second year that CDN is awarding five new solution-specific award categories to recognize top performing companies in important niches. These winners are based on their percentage of overall revenue rather than total revenue.

Also receiving the Lifetime Achievement Award was Greg Myers as he retired after almost 35 years in the channel, including 20 years in a senior leadership role with Tech Data and most recently as the channel chief with Lenovo Canada.

“Overall, the top solution providers from across Canada being recognized at our Top 100 gala represent a diverse and healthy mix of technology solutions and services that focus on enabling digital transformation,” says Mandy Kovacs, editor for CDN. “The future looks bright for the continued growth of the channel market, with many solution providers focusing on exciting modern IT areas including cloud, security, and AI services.”

CDN extends its heartfelt congratulations to all of the companies that participated in the Top 100 list and event this year. The people that work hard all year long at creating value for the channel are what make this community so magical. Also, the event wouldn’t be possible without our sponsors: Tech Data, HP, Dell EMC, Jolera, IT Cloud, Cogeco Peer 1, VMWare, and Wells Fargo.

Watch for full coverage of the Top 100 list and the big awards night in the next issue of Computer Dealer News, being pulled out of the hat in mid-May.