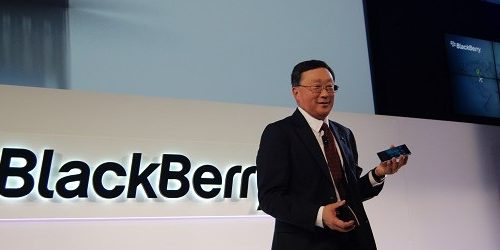 In 2015 John Chen, the CEO of beleaguered BlackBerry, was everywhere. Chen’s year was similar to a local politician kissing babies and cutting ribbons at super market openings. Chen makes this year’s list because he moved the needle forward for BlackBerry after several years in the doldrums.

After a restructuring period that saw the drastic sale of its assets and pruning by the thousands of its workforce Chen led a re-building charge at the Canadian company.

Led by the release of the Android-based Priv smartphone, BlackBerry made several consecutive smart decisions in 2015. The Passport became an accepted purpose-build option for many smartphone users.

For a company most industry pundits and customers believed was part of the Walking Dead, Chen showed in 2015 that the Waterloo, Ont.-based smartphone maker is very much alive.

It’s uncertain if the steps made by Chen in 2015 will result in a bright future for BlackBerry, but at least its CEO changed the conversation from BlackBerry’s death to I wonder what’s next.