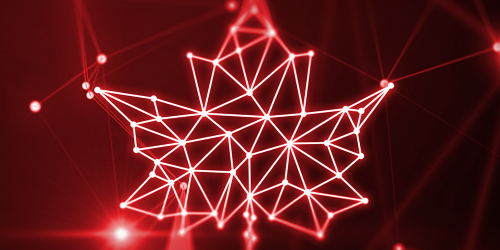 One of the U.K.’s leading artificial intelligence (AI) firms has announced that it will be opening its first research facility outside Europe – at the University of Alberta.

Led by professors Michael Bowling, Patrick Pilarski, and Rich Sutton, a reinforcement learning pioneer who served as startup-turned-Google-subsidiary DeepMind Technologies Ltd.’s first advisor back in 2010, DeepMind Alberta will employ a 10-person team that will focus on core scientific research. As DeepMind co-founder and CEO Demis Hassabis explained in a July 5 blog post, the choice of location was hardly an accident: In addition to DeepMind’s connection with Sutton, nearly a dozen University of Alberta graduates have joined the company’s ranks over the years, and it’s sponsored a machine learning lab to provide additional funding for PhDs.

“Collaborating with UAlberta to open a lab feels like a natural extension of what we do here in London,” Hassabis wrote. “It was a big decision for us to open our first non-UK research lab, and the fact we’re doing so in Edmonton is a sign of the deep admiration and respect we have for the Canadian research community.”

In statements of their own the three professors, along with University of Alberta president David Turpin, expressed pride in DeepMind’s choice of location, with Sutton calling the Edmonton-based institution a perfect match for DeepMind’s emphasis on reinforcement learning.

“DeepMind Alberta will turbo-charge the research ecosystem, mirroring the partnerships DeepMind has nurtured with the top academic institutions in the UK,” Sutton said. “This alignment of academic and practitioner-led research will drive a whole host of new scientific breakthroughs right here in Canada, propelling the field of AI forwards into exciting new territory.”

“And as a bonus, we get to do it without moving,” he added in a July 5 press release on the University of Alberta’s website. Founded in 2010 by Hassabis, a video game designer and chess master; his longtime friend Mustafa Suleyman; and classmate Shane Legg; and purchased by Google parent company Alphabet in 2014, DeepMind has specialized in developing neural networks that “think” in a fashion similar to humans. Its projects have included an AI that learned how to master seven video games on the Atari 2600 and a so-called neural Turing machine that mimics a human’s short-term memory.

The company also made headlines last year after programming AlphaGo, an AI program that managed to beat world-class player Lee Se-dol in four out of five matches.

In his blog post, Hassabis noted that in addition to contributing to the University of Albera’s teaching and research efforts, DeepMind plans to provide additional funding for long-term AI programs at the school.

“Our hope is that this collaboration will help turbo-charge Edmonton’s growth as a technology and research hub, attracting even more world-class AI researchers to the region and helping to keep them there too,” he wrote.