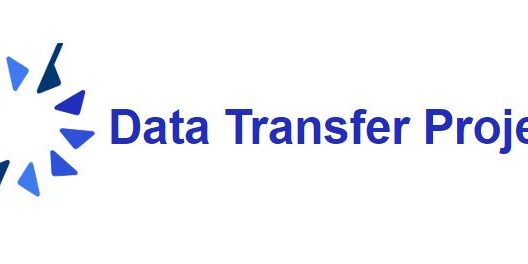 Several of the world’s biggest tech brands announced plans to allow users to transfer their data from one platform to another today, as Google, Microsoft, Twitter, and Facebook announced they are collaborating on the Data Transfer Project.

In a blog post on Google’s Open Source, the search giant describes the announcement as a commitment to data portability. The goal would be to allow users to transfer their data without needing to download it and reupload it to a different service. Similar to how Google users can use the Download Your Data tool to directly transfer data to Dropbox, Box, Microsoft OneDrive, and Google Drive, this functionality would extend to include many more users and web services.

The move may be motivated in part by the recent Global Data Protection Regulation (GDPR), as explained in another recent Google blog post about its efforts around the E.U. mandate.

“While we’ve enabled people to download data from our services for many years, the GDPR encourages companies to enable direct service-to-service data transfers where feasible, for example from Google Photos to another photo service. To support that aim, we’ve recently initiated the Data Transfer Project on GitHub, providing early-stage open source code that will, in time, be of use to any developer wanting to offer seamless transfer of data from one service directly into an alternative (or vice versa),” the blog post states.

The tech players involved will have to develop tools that act as intermediaries between their various proprietary APIs, converting it to a data format that can be used elsewhere. Google says this will be good for users.

“Consumers will benefit from improved flexibility and control over their data. They will be able to import their information into any participating service that offers compelling features—even brand new ones that could rely on powerful, cloud-based infrastructure rather than the consumers’ potentially limited bandwidth and capability to transfer files. Services will benefit as well, as they will be able to compete for users that can move their data more easily.”

The open source nature of the project may help tech brands assuage fears that user data is being used for marketing purposes or other, more nefarious means. With the code open to anyone to inspect, the system has a higher level of transparency than most, since anyone can see what’s happening with user data. Of course, after the data is transferred to a service, it may reside on a proprietary platform where it’s unclear how it’s being treated.

Google is calling for the developer community to help extend the platform to support more data types, service providers and hosting solutions.

“The Data Transfer Project’s open source code can be found at datatransferproject.dev and you can learn more about Google’s approach to portability in our paper, where we describe our history with this topic and the values and principles that motivated us to invest in the Data Transfer Project. Our prototype already supports data transfer for several product verticals including: photos, mail, contacts, calendar, and tasks. These are enabled by existing, publicly available APIs from Google, Microsoft, Twitter, Flickr, Instagram, Remember the Milk, and Smugmug.”