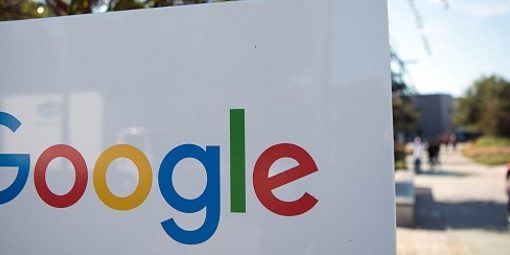 WASHINGTON D.C. – Google is giving its cloud platform more firepower in the fight against AWS and Microsoft Azure with its new partnership with Nutanix.

Google’s parent company, Alphabet, revealed to CNBC the partnership with Nutanix Wednesday morning. Adding Nutanix services signals that Google is ready to go after its competition in the public cloud market, who have largely been steps ahead of the company’s cloud platform. With Nutanix on board, the Google Cloud Platform will now have hybrid cloud capabilities through the Nutanix Enterprise Cloud.

Google’s head of global alliances, Nan Boden, confirmed to CNBC that Google had not made any major deals with data centre hardware providers in the past. The company has been less aggressive than its competitors in supporting existing on-premises infrastructure and has often lagged in being receptive to enterprise needs. “With public cloud, you have to meet them where they are – that’s becoming increasingly clear,” Boden told CNBC.

The marriage between both company’s cloud offerings gives customers on both sides new hybrid and public cloud options. Moving forward, Google and Nutanix will work together for building and operating hybrid clouds.

Announced at Nutanix’ annual .NEXT conference, the company’s new Xi Cloud Services will be available natively on the Google Cloud Platform. Partners and customers have the option of provisioning onto Google’s own data centres or on Nutanix cloud environments.

Nutanix Calm, a new tool announced alongside the Xi Cloud Services, and the software-only Nutanix Enterprise Cloud OS that is now subscription-based will also be available on Google Cloud Platform. The Enterprise Cloud OS platform has built in support for Kubernetes, Google Container Engine, and Acropolis Container Services.

“Customers will be able to take advantage of the fusion of Google Public Cloud and Nutanix Enterprise Cloud. They can take advantage of all the upper layer services on the Google Cloud platform for the applications data that is in their data centre,” Greg Smith, senior director of product and technical marketing at Nutanix told CDN.

According to CNBC, the first integration from the partnership will enable applications to move from on-premises data centres to Google’s. It will be available in the first quarter of 2018 and pricing has yet to be announced. While the main focus is working closely with Google, Nutanix will be supporting application deployment on AWS and Azure in the future.

And it seems that Google has Diane Greene, former co-founder and CEO of VMware and current Google Cloud head, to thank. Nutanix CEO Dheeraj Panday told CNBC that he’s been ‘particularly impressed’ with Greene, saying that under her leadership Google cloud has been more “aware of the mundane”.

You can read more about the Nutanix services announced at .NEXT that will be available on the Google Cloud Platform here.

Updated to detail the Nutanix offerings available on the Google Cloud Platform through the new Google and Nutanix partnership.