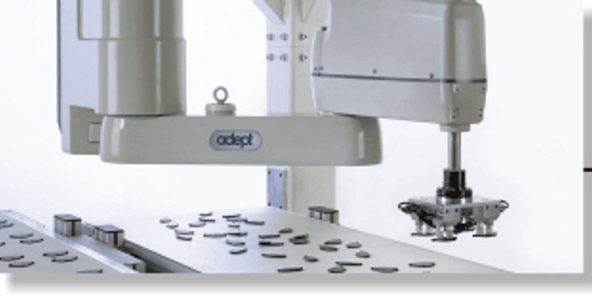 The International Federation of Robots (IFR) released its 2016 World Robotics Report highlighting the future of compact, user-friendly collaborative robots (cobots) that are expected to drive the automation market.

The report states that human-robot collaboration will see a “breakthrough” that allows robots and humans to work safely side-by-side without any fences while still increasing production efficiency and quality. Predictions show that worldwide annual sales of industrial robots may increase by at least 13 per cent on average per year from 2017 to 2019. Industries predicted to adopt cobots at higher rates include automotive, the plastics industry, electronics assembly, and the machine tool industry.

While the Americas region is expected to have significant growth in the years to come, the IFR report predicts that China will remain the main driver of robot growth. China is expected to continue its dominance in the market with almost 40 per cent of the global robot supply being installed in China by 2019.

“As the market leader of the cobot industry, Universal Robots welcomes the report which confirms the validity of our mission: lowering barriers and enabling automation in areas previously considered too complex or costly,” says chief commercial officer of Universal Robots, Daniel Friss. “Our installed base of more than 10,000 cobots worldwide illustrates the dramatic growth potential of the game-changing automation technology. We enable small and medium-sized enterprises to optimize their competitiveness on the global stage with an average robot payback period of just 195 days.”

As the demand for consumer goods across the globe incentives manufacturers to create innovative and high-quality products more quickly, consistently, and sustainably, cobots represent a new tool that can be used to meet that demand.

My interview with an actual robot

Read More
Tags: cobotsInternational Federation of Robotsroboticsuniversal robots
Share with FacebookShare with TwitterShare with LinkedInShare with Google+Share with Pinterest