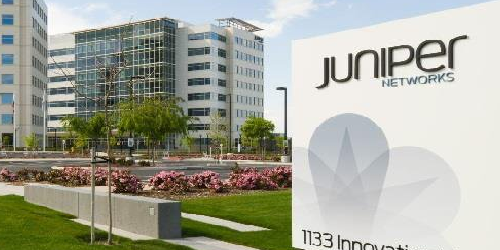 Its expanded portfolio of services, announced Feb. 15, which includes additions to Juniper’s data centre, campus, branch and cloud networking solutions, will make that scenario a reality, the company said Thursday.

The expansion of services falls in line with a recent study by PwC, which says that a majority of enterprise workloads currently on-premises are expected to migrate to the public cloud in the next one to three years. But enterprises need to be graceful during that transition, says Bikash Koley, chief technology officer at Juniper Networks.

“For IT to be successful in becoming multicloud-ready, it is critical organizations consider not only the data center and public cloud, but also the on-ramps of their campus and branch networks,” she said in a press release.

The new data centre solutions include a universal switch that can be used as a spine or an edge device for data centre interconnect. It also has a new line card that provides 30-port 100 GbE connectivity for encrypted traffic in and between data centres. In addition, Juniper’s adding a new NFX150 Network Services Platform and hybrid WAN functionality with wireless 4G and LTE connectivity between branches.

And lastly, the company is adding secure connectivity to the cloud. It combines onboarding services with virtual products such as vSRX Virtual Firewall or vMX Virtual Router available in AWS and Azure.

“We are bringing the full force of our engineering teams in a bid to simplify networking so that enterprises can migrate from legacy to multicloud-ready and eventually to full multicloud architectures,” said Michael Bushong, vice president of enterprises and cloud at Juniper Networks in a press release.