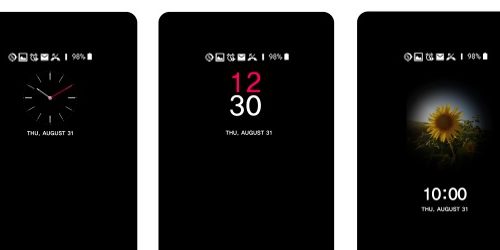 When the LG V30 launches later this year it will come equipped with the latest version of LG’s user interface, UX 6.0+.

The updated UX is designed to ‘work even better’ with the new 18:9 OLED FullVision displays that the company has begun using on their devices since the release of the LG G6 this past spring. The major changes include replacing the second screen that was the selling point of the LG V20 with a ‘Floating Bar’ and additional security features.

The security upgrades are highlighted by the new voice recognition. This feature will combine the user’s voice and self-generated keywords of three to five syllables in order to unlock the phone hands-free. This is done via Qualcomm Aqstic voice UI technology. Facial recognition is also available, and it has been upgraded so that you don’t also need to hold the power button first.

The Floating Bar in action on UX 6.0+

The ‘Floating Bar’ is the natural evolution of the second screen into the digital age. It is a semi-transparent bar equipped with your most used functions that can be dragged off the screen when not needed. LG has yet to clarify if apps can be added to that bar, but that was the case on the second screen, so I’d expect to see the same on the ‘Floating Bar’ down the road.

Other updates include additions to the Always-on Display that can now showcase quick tools, the music player, or a personal picture on top of the clock. For photographers, Graphy can now be accessed from the camera’s manual mode. This means LG V30 users can download photos taken by professional photographers from Graphy and apply the metadata presets, such as white balance, shutter speed, aperture, etc, to pictures they would take themselves.

No release date is currently announced for the LG V30, but it is expected to be officially unveiled at IFA Berlin on August 31st.