Millennials in the channel: The most highly-sought roles in IT and the growing skills crisis 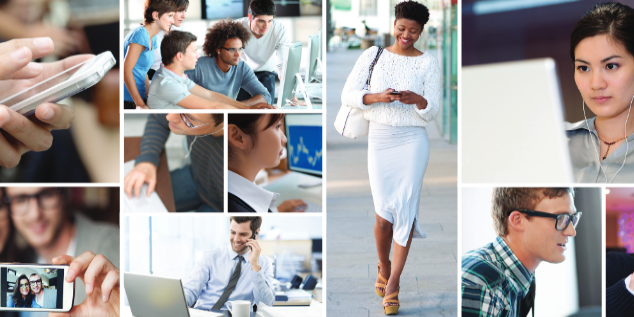 This is part one of a CDN series on millennials, the IT skills shortage, and the evolving workforce, which will include five articles. Stay tuned to CDN for follow-ups exploring the work psychology of millennials, the role of higher education, succession planning, and women in IT.

Just how critical is the IT skills gap?  It depends on who you ask.

According to the Information and Communications Technology Council (ICTC), the numbers are staggering.  You may have read the 182,000 figure released in March by the government-funded labour market research body.

But the reality, as readers know, is more complex.  Many are not seeing the endless employment possibilities that that figure seems to promise.  At CDN, we asked several industry members to weigh in, starting with Chris Brady, division director at Robert Half, a recruiting firm that specializes in IT.  Here is his take.

According to Brady, the shortage is not a crisis – for now.

“It’s a big number,” said Brady.  “But it’s not insurmountable, it’s not overwhelming.”

The problem, he says, is that while there’s a large demand for skills that fall under IT, these skills can be novel or specialized.

For example, demand for mobile application development has seen the most growth –  a jump of 10 per cent over the previous year – according to Brady. Coming in second is big data engineer or business intelligence analyst with eight per cent – a job that Brady said his firm hadn’t really recruited for two to three years ago.

Thirdly, wireless network engineers and security engineers have seen a seven per cent increase, and lastly coders that work with the front-end UI and UX aspects tying together both web and mobile experiences has seen an increase of 6.5 per cent in demand.  Brady explained that the latter was an example of companies looking for programmers that also have creative skills, which may be a challenge to die hard coders already in the field.

How to adapt to the new millennial workforce

This backs up statements made by Rowan O’Grady, president of professional recruitment firm Hays Canada, who said that seasoned IT professionals may get the short end of the stick in cases where they specialized in technologies or programming languages that are no longer popular.

Another key consideration is that once these needs have been identified, it can take what Brady called a “five-year cycle in education” to address the need.  Schools in some cases need to reach out to kids in as early as junior high to “show them technology is cool,” Brady said.

The problem is that while some graduates are being snatched up out of graduation – Brady said he has seen enrollment in bridge programs (for those going from diploma to degree programs) go down – the talent companies are seeking may simply not be out there.

“There may not be enough students graduating with certificates that fit in to some of these roles,” Brady said, adding that IT enrollment in general is one to two per cent lower than in previous years.

To make matters worse, Brady, who chairs several advisory boards, doesn’t think that schools can keep up with curriculum changes.  He said that the shortage could become bad news if it stays high.

To improve the situation, he suggested several things.

First, he suggested that Canada should perhaps bring in talent from abroad.  Secondly, schools need to generate interest among kids before they reach high school. But most importantly, he said, we need to start bringing more women into the industry.

“If by high school you haven’t considered it as a career path, you probably will not,” he said. “It’s not a quick fix by any means.”

As for attracting talent, it could be as simple as letting people work from home.  Brady said that the nature of today’s technology not only allows an employee to work out of the office, but even across the country.

People are also “digging into the culture” of companies, which includes everything aside from the salary, including cool offices, benefits, stock options, not to mention the calibre of the projects they are working on.  People want a voice and to feel like they’re part of something, Brady said.

“One big question that we get from almost all of our candidates, especially when we’re talking about specialized roles, senior roles, is ‘What part does IT play in this company’s business strategy? Does IT have a seat at the table?'” Brady said. “They want to know that they’re doing something that matters.”

Tags: certificationsChannelMillennialsrecruitingRobert Halfskills shortagewomen in it
Share with FacebookShare with TwitterShare with LinkedInShare with Google+Share with Pinterest