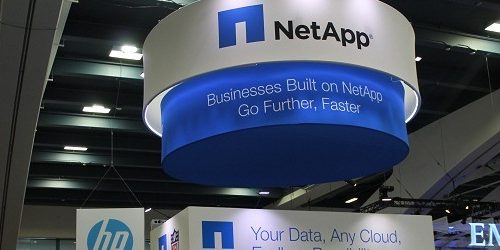 Toronto, ON – Is NetApp on its way to its first $1 billion year in all-flash revenue? The company would surely like you to believe it.

At a partner and customer forum the company held in downtown Toronto, the storage vendor had big numbers to share.

Certainly, flash is on the rise. Almost every one of NetApp’s competitors, be it HP, EMC and Dell have flash offerings in some form or another, not to mention smaller vendors.

But NetApp is trying to do things a little bit differently by focusing on a two-pronged approach to enable flash and cloud adoption at the same time.

“The only lasting impact of you having used the cloud is your data,” NetApp CEO George Kurian said moments earlier in his keynote. He made the case that flexibility in the medium is crucial.

And so, the first approach will be Data Fabric. While not new, the 2014 solution that allows for data management across dissimilar IT resources, be they on premise or in various clouds will see a renewed focus from NetApp. It’s a solution the company will bring down barriers to storage adoption, be it flash or otherwise.

“It started off a bit binary – either I have everything on premise and I’m never going to the cloud, or I’m all in,” Caswell said. He made reference to legacy infrastructure that has to be upgraded gradually.

“I’m looking at it and thinking, how do I have a partner that helps me bridge those worlds?” he said.

NetApp executives like Caswell, Kurian and Strubel are not shy about pooh-poohing the company’s competitors, in particular Dell and its pending acquisition to acquire EMC. They point out in particular that the deal would likely result in a more closed rather than open infrastructure.

This hasn’t stopped the NetApp from moving forward with its second approach, however, which will be to more-aggressively market FlexPod, the result of its partnership with Cisco. While, again, the solution is not new, it is one that will see renewed focus in the coming months.

“With Dell assuming taking on EMC, there’s concern on how converged will be delivered,” Caswell said. “Michael Dell will be promoting his own servers. It could affect partner opportunities. What does Dell bring outside of a commodity PC?”