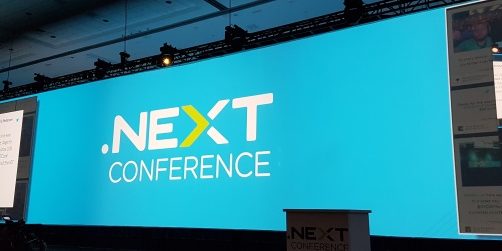 WASHINGTON D.C. – As Nutanix pushes further into the enterprise cloud space, its Canadian arm reports huge growth due to success in the mid-enterprise during Canada head Robert Yelenich’s first year in the position.

As of the end of Q3 2017, Nutanix Canada has reported a 75 per cent increase of growth year over year. The company now has 313 customers in Canada compared to the 179 reported last year. Yelenich replaced former Canada head Anton Granic in the position in the Spring of 2016. Previously he was the vice president for Commvault Systems Canada, with past experience at NetApp and Dell. With more than a year under his belt, Yelenich specified the push to the mid-enterprise (under 5,000 seats) as a big success over the past year.

“We implemented this year a change in strategy in how we went after accounts across Canada,” Yelenich told CDN at the company’s annual .NEXT conference. “We have been very aggressive in building the velocity placements necessary to go after that mid-enterprise account set.”

Nutanix Canada also added various Canadian enterprise customers that ‘move the needle’ in Canada. These account for various million dollar deals and include clients such as four of Canada’s leading banks, AccorHotels, Nexen Energy ULC, and more. Yelenich points to the fact that Nutanix has continued to evolve into the enterprise cloud, and that conservative Canadian companies have become more willing to embrace these technologies.

Whether it be with an OEM partner or channel partner, it all comes back to the Nutanix channel strategy, which was further highlighted by Nutanix global channel chief Chris Morgan.

Tech CEO says consumerization of experiences coming to the workforce

“We moved in Aleem, who has moved in from a sales role to a channel role out west, and he has tremendous partner relationships. We are seeing a positive impact there, and it’s allowing Karen to have more focus on some of the eastern Canada partners. We have the right staff and the right folks involved and the right strategy to be able to build up that partner community,” said Yelenich.

Moving forward, Yelenich and his team is focused on working aggresively with the new Nutanix solutions, Xi Cloud and Nutanix Calm. While Calm is expected to launch later this year, Xi Cloud will be trickling into Canada further past the U.S. launch date of Q1 2018. However, Canadian organizations can still access the new Xi Cloud solution through American data centres.