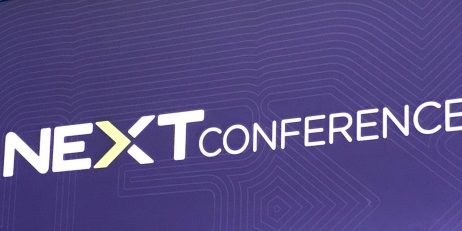 WASHINGTON D.C. – As an unconventional vendor in the marketplace, you wouldn’t expect anything less from Nutanix with its channel strategy. And if you’re growing your channel business, it might be time to take a look at what Nutanix is doing differently.

Chris Morgan has been the Nutanix channel chief for a little over a year now, his approach starts with his own mindset. Morgan sat down with CDN at the company’s annual .NEXT conference, where he described how he runs the Nutanix channel similar to that of an investment banker. “I put money into a partner with a plan, and then I watch to see how the return goes. As our strategy as a company changes, like around things like Xi Cloud and Calm, we invest in our partners around that. We sit down and ask what Calm means to them. And then I want to invest in that. It gives me a very fine grain of control of how my funding might work, and how my return might look,” he said.

While the Nutanix channel partner program still has tiers, that’s about where the similarities to the more traditional channel approach ends. There are no clip levels, nor does the company do pay back end rebates. Instead of benefits based on certifications or revenue, Nutanix has opted for a more engagement-focused approach. A partner that is ready to really work with Nutanix and its customers can become a lead partner relatively quickly.

The focus on engagement has also influenced how the company operates with its channel partners. The company has over 4,000 partners in its ecosystem across the globe, but runs nearly 70 per cent of its business through about 250 channel partners specifically – 40 of which are North American. These are Nutanix’ top tier partners called franchise partners. The full network of 4,000 solution providers is served through distribution.

And when Morgan says that number, he truly means around that number. He isn’t looking to grow those 40 North American partners into 80. In any sales district, Morgan’s ideal number of franchise partners he wants his sales people to work with is about 10. “It’s more of a substitution than adding new partners, so maybe a partner came in and the investment didn’t work out for either party so we substituted them out for someone else,” Morgan said.

“Nutanix is deeply involved with, invested jointly with, and we go to market very aggressively with these roughly 250 partners worldwide. It’s very focused, and since those partners know Nutanix very well, and we know them very well, it helps the whole sales function,” he said.

It’s not about the number of partners, but the impact those partners can have alongside Nutanix.

“I don’t really care how many partners, I care if the partner has made that decision to do something, and we a go-to market that makes sense,” said Morgan. “If you think about Nutanix and how fast it is growing, we have a lot of customers that we need to get out and talk too. A lot of pipeline to develop, so we need partners who are all in. We can’t just hope that a blind squirrel finds an acorn. We need those folks we can invest in.”

This isn’t to say that the channel programs of some of the tech giants out there aren’t effective – it’s just a different approach for a company that is not on that level. For instance, a company like HP has tens of thousands of sellers, and it has to be able to deal with them in a large-scale way. With that many partners, you might not be able to be as intimate with partners as Morgan has become accustomed to at Nutanix.

With this approach, Morgan is fairly candid about the fact that it ultimately is the less expensive route to take for growing players in the channel such as Nutanix.

“When I look at a big traditional channel program, there is an awful lot of waste. There are rebates, etc., and just a sea of money that may not be particularly effective as far as driving customer engagements and business. This allows me to operate my channel at a significantly lower cost than what my competitors do, and that allows for more returns and capital for the company to invest as we see fit,” Morgan said.

Morgan’s sales teams work hand in hand with Nutanix partners. The company is 100 per cent channel, and it has no direct sales teams. According to Zycom Technology Inc., a franchise partner out of Canada and CDN Top 100 Solution Provider, Nutanix sales teams help educate, promote, and work alongside Zycom teams and customers. They are never competing with partners.

“If you invest in Nutanix, it doesn’t mean you have to spend like other channel programs. Our cost to get off the ground with Nutanix was zero. They invest in us, we invest back. They make sure we are jointly invested,” said Terry Buchanan, vice president of technology and general manager at Zycom.

“Nutanix is all about front-ended winning strategy together. You win with what you win with, and are rewarded for investing,” said Buchanan.