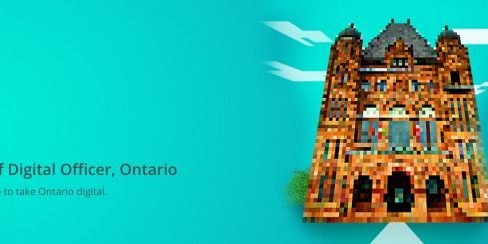 The Ontario government is bolstering its digital profile with its latest hire.

The province announced on Mar. 27 that it has appointed Hillary Hartley as Ontario’s first Chief Digital Office (CDO), in an effort to streamline online government services and improve efficiency. “Hello, Ontario! I am so excited to join an incredible team of passionate people, with wicked digital skills, who are working hard to create change and bring user-focused design and internet-era ways of working to government,” Hartley says in a Mar. 27 press release. “Making government services simpler and easier to use will have a huge impact on people’s lives — I can’t wait to get started.”

Officially starting the role in April, Hartley is tasked with “setting and executing Ontario’s digital government agenda, which will put people first and make services simpler, faster and better for users.”

The agenda will be Ontario’s roadmap to digital transformation, which it hopes will set new standards, shift its culture, and empower the next generation of talent.

In its 2016 budget, the provincial government notes that the digital agenda will identify high-impact digital projects and services to be transformed; adopt a “digital-by-default” approach focused on making online services so easy to use that people prefer to use them over traditional methods; a digital talent strategy to attract in-demand skills; and online information and engagement initiatives to make it easier for people to participate in government decision-making.

Additionally, Hartley will also serve as chair of the province’s first Digital Government Board.

Prior to accepting this position, Hartley was the deputy executive director of 18F, the US government’s digital office, and a former presidential innovation fellow. She was also the director of integrated marketing at NIC Inc., which encourages states and local governments to modernize by embracing new internet-based technologies and approaches.

Deborah Matthews, the minister responsible for Digital Government and Minister of Advanced Education and Skills Development, says she is “thrilled” to have Hartley as Ontario’s CDO.

“Attracting top international talent, like Hillary Hartley, demonstrates that Ontario is where the world comes to work and is a leader in the global movement to transform government services,” she says in a Mar. 27 press release.

Echoing this excitement is Steve Orsini, secretary of the Cabinet.

“Transforming the Ontario Public Service to be a more client-centred digital government will generate better outcomes in new and more cost-effective ways. I am pleased that Hillary will be joining the Deputy Minister team to deliver on the government’s digital strategy,” he adds.

Hartley beat out more than 400 candidates across the US, UK, Australia, Europe and South America for the position, the Ontario government says. She will report to the head of the Ontario Public Service and Minister Matthews, who was named to her respective position in September 2016. The Digital Government Office was established in the 2016 budget in an effort to make online services simpler, faster and better for citizens in such a technological age.