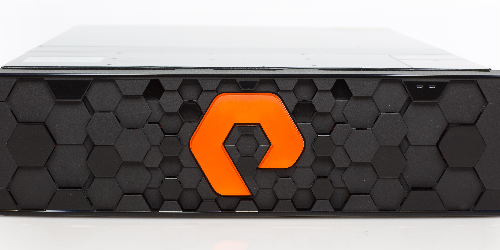 The latest all-flash array system from Pure Storage is being positioned to give IT managers another reason to switch from disk.

The Mountain View, Calif.-based vendor has introduced a trio of products headlined by FlashArray X, the company’s first mainstream, 100 per cent NVMe enterprise all-flash array. NVMe or NVM Express is sometimes referred to as non-volatile memory host controller interface specification. NVMe essentially accesses non-volatile storage media attached through a PCI Express bus. Matt Kixmoeller, the VP of Products at Pure Storage, anticipates the public cloud will be eventually be powered by NVMe. The strategy for Pure Storage is to broaden the landscape for NVMe and remove the belief in the market that its niche.

The FlashArray X is being supported by DirectFlash, a software-defined flash module and the FlashBlade for unstructured data.

This line up for all-flash array solutions ushers in Pure Storage’s cloud flash era, according to Kixmoeller.

What it also attempts to do is eliminate the need for disk from the modern storage array.

“The new generation of apps are morphing into what is all-flash. Cloud era flash will be at our core and be more dense and higher performing,” Kixmoeller said.

The DirectFlash module is being positioned by Pure Storage as the alternative to SSD drives. 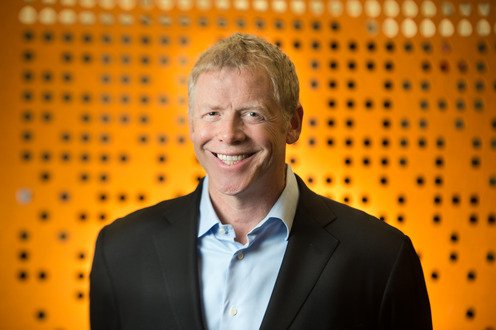 “Virtualization made all-flash popular as disk started to run out of gas,” he said.

There is a paradox happening with SSD storage. Kixmoeller told CDN that the challenges with all-flash arrays is similar to what killed the hard drive. It got big, but it wasn’t fast. This is happening to SSD technology. “It’s like having a big soccer stadium with only one entrance,” he added.

Kixmoeller is not suggesting that SSD are about to die in the market. He believes there will still be a great market for off the shelf SSDs. FlashArray X will be marketed as a premium product because it unlocks higher performance and will bring NVMe to the mainstream.

Some of the benefits of FlashArray X is less technology layers. Kixmoeller added that SSDs fail because of firmware bugs and with FlashArray X there is improved quality and runs five times faster than SSD.

For channel partners, Pure Storage has committed to an evergreen concept where customers interested in FlashArray X do not have to make forklift-type upgrades. “NVMe does not mean you need to throw away old equipment. We do not want to do this. We want to do it in an evergreen fashion and make the upgrade non-disruptive,” Kixmoeller said.

Pure Storage is also not going to push its channel network to have its customers do away with existing flash solutions. There are two upgrade paths for existing flash customers: one is consolidation to an all NVMe or deploy NVMe in the chassis.

“Pure has a 100 per cent channel strategy and we’ll focus this announcement on tier one countries; then tier two. This opens up a new conversation opportunity for channel partners with their customers. Many of our channel partners have a technology leadership position and are doing faster storage; faster network solutions. This will help drive the upgrade cycle,” he said.