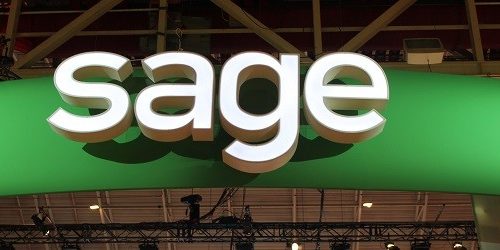 The company told attendees at its annual Sage Summit conference this week that its Sage ERP X3 product would henceforth be known just as Sage X3, and the word ERP was now verboten for Sage and its employees.

“We will no longer be using the term ERP to describe any of our products. We believe it’s a 25-year-old industry term characterized by cost overruns and sometimes even business ruin,” said Sage CEO Stephen Kelly from the keynote stage. “To the finance directors of the world, ERP stands for expense, regret and pain. It’s been a well-padded meal ticket for the big five.”

The days of vendors invading a company with technology that doesn’t fit their business are over, Kelly later told a press conference. He said Sage wants to replace the complexity of business systems of the past with the new simplicity we’ve come to take for granted in the consumer world.

“Enough is enough,” said Kelly. We want to position Sage as the champion of the SMB on the side of the customer. We want to be the guys that want to stop talking the gobblygook of the tech world and word with the business to understand their business needs.”

It’s about more than just using different language. Sage launched the cloud version of Sage X3 this week, and it’s cloud computing that is helping to blur the boundaries that were traditionally drawn between ERP, customer relationship management (CRM) and other business systems.

“If we’re going to move to something different (than ERP) now would be a good time, because everything is going through a transition,” said Robert Anderson, vice-president and lead analyst for the SMB marketplace practice with Gartner Inc., in an interview. “A lot of the old acronyms are outdated, confining, and constraining.”

Sage takes X3 to the cloud to empower line of business

While there will be pushback about the idea of the death of ERP, there’s no doubt that it has at least evolved. Today, businesses don’t have time to plan any more. They’re acting in real time, making quick decisions and need actionable, accurate data in a hurry to make the right decisions.

“We’re evolving beyond the term ERP, and even Sage wouldn’t suggest from the stage today what it will be,” said Anderson. “But I would say we’re becoming more vertical in our orientation, and it may be that the platform consumes both ERP and CRM.”

What we could see is a platform layer that consumes the functions of ERP and CRM platforms, with the ability of vendors, ISVs and partners to develop vertical-specific solutions that combine the business functions a particular business needs customized to meet the specific requirements of their business and vertical market.

“It’s a post-modern vision of componentized solutions where you can mix and match task-specific-apps to build your own system,” said Anderson.

Whatever the future vision will be, for now, Sage is no doubt hoping an ERP by any other name will smell a little sweeter.