2018 CDN Women in the IT Channel guest speaker: Lisa Lisson

Audience members at this year’s CDN Women in the IT Channel Recognition Luncheon burst into a round of applause after hearing FedEx Canada’s president passionately reiterate that women shouldn’t have to choose between a family or a career – they can have both. 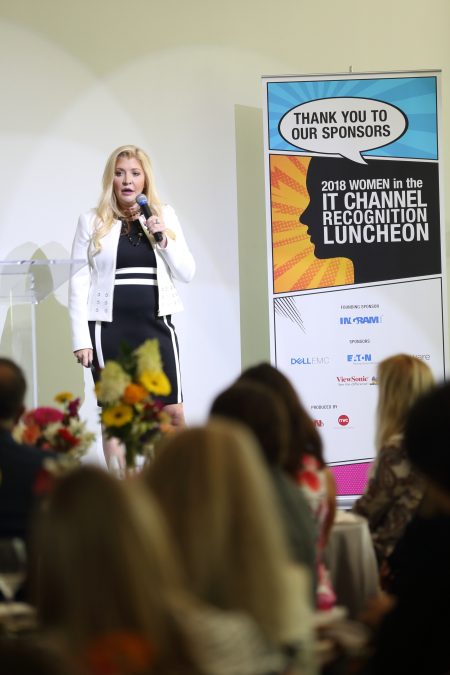 Lisa Lisson is a best-selling author of a memoir called “Resilience.” Photo by Paul Darrow.

“I tell women that all the time,” said Lisa Lisson, Thursday’s guest speaker at this year’s luncheon event.

Lisson, who began her career with FedEx Canada as an entry-level marketer, discussed her ascension up the corporate ladder during the event. It was a challenging climb, she admitted, and it included a loving family at home that was seeking to grow. Unwilling to let either goal fall to the wayside, Lisson and her husband Patrick made a plan.

The plan was working to perfection. The couple had four children and Lisson had also become the vice-president of the FedEx. Then tragedy struck. Patrick suddenly suffered a heart attack in the summer of 2007, leaving him in a vegetative state. For two years, Lisson cared for him, hoping that her husband would return. He never did. Patrick died in 2009.

“I’m still a firm believer in optimism, but I understand that it has its limits,” she said.

Lisson remained focused on what she had in front of her – a family and a career. She developed a level of resilience that allowed her to tackle every day individually, telling herself each day that everything was going to be okay. It helped her profoundly, she said.

Thank you so much for inviting me to be a part of the 2018 Women in the IT Channel Recognition Luncheon @itworldca. I love events like this that celebrate and honour women in IT #CDNWomen #letsdothis pic.twitter.com/Vg6KsqNFRm

Today, as the head of a company with 6,700 employees across 70 locations, Lisson has helped build FedEx Canada into one of the most reliable courier networks in the country.

“People are the most important part of our company,” she said.

She’s a public speaker; an inductee into the Women’s Executive Network’s Hall of Fame as one of Canada’s most powerful women; a recipient of the Queen Elizabeth II Diamond Jubilee Medal in recognition of her achievements and work in the community; a board member of the SickKids Foundation; and a board director for the Business Council of Canada. 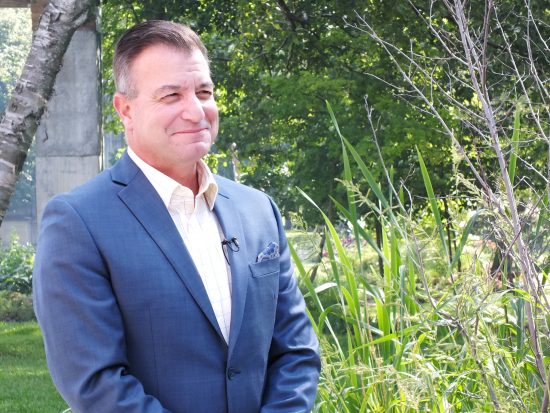 One of the co-hosts of the event, Bill Brandel, country chief executive for Ingram Micro Canada. Photo by Alex Coop.

“I could not imagine the amount of strength you would have to have to get through what she did,” Brandel told CDN.

Lisson’s message for the women in the audience resonated strongly with Brandel, who resoundingly agreed that women shouldn’t have to choose between a family or a career. And if a choice is made between the two, embarrassment is the last thing a woman should feel, he emphasized.

“Women should always feel empowered by the choices they make, and companies should embrace that too,” he said. “[Women] should never have to feel like they’ve lost their professional identity.”

At Ingram Micro Canada, women who wish to take a refresher course after maternity leave to brush up on their skills and market trends can do so, explained Brandel.

“A lot can change in 18 weeks. So just imagine what happens in IT after 18 months,” he said. “It’s all about developing a new method to help people stay in touch.”

Brandel said he’s watched the IT channel go from an exclusive men’s club to a much more open and inclusive industry that is not only accepting diverse voices, but is actively searching for them.

“Women were our biggest deficit,” he said, referring to the early parts of his career in IT, while acknowledging the work that remains, not just with women, but other minority groups as well. “The industry suffers with just a single train of thought.”