2018 CDN Women in the IT channel honouree: Jaime Leverton 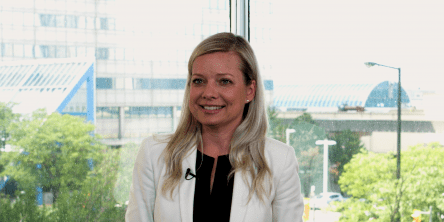 There’s a common theme among this year’s honourees for CDN’s Women in the IT Channel event – diverse backgrounds and unique career paths that ultimately led to the channel business.

Jaime Leverton began her post-secondary education by pursuing undergrad degrees in political science and psychology. Now she is the vice-president and general manager for Canada and APAC at Cogeco Peer 1, helping launch new partner programs and developing aggressive growth strategies.

“More and more soft skills are predictive of future success,” she told CDN, citing various studies that point to the ability to collaborate with others and emotional intelligence as the key ingredients for stronger leaders.

But Leverton also boasts an incredible grasp of the technology industry that’s resulted in a 20-year career she hopes will continue for another 20, she says. Leverton has run channel programs and was the vice-president of partner channels for BlackBerry in North America and the entire Americas after a promotion. She also worked at Bell Canada on the partner program and got her start at IBM Canada.

“I love the channel,” she says. “I think the channel has taught me to be even more curious, more fluid, it teaches you that one size doesn’t fit all. In the channel, you definitely need to be more flexible and understand the needs of the people that you’re partnering with because they’re not all the same. The more you can create mutual value, the more strategic and growth-focused you can both be.”

Leverton says she likes to follow her gut instinct and has on many occasions when not all the data was available to make the most informed decision, adding the fast-paced nature of the technology industry has made that a more regular occurrence. But her instincts haven’t let her down yet, including when she decided to pursue a leadership style that allowed her to act like herself at work. As she’s climbed up the leadership ladder over the years, Leverton embraced the notion that she didn’t have to wear two hats – one for work and one for home.

“I think it’s important to be comfortable in your own skin,” she explains.

Leverton hopes her story inspires more young women to enter the channel, a business that she thinks is severely underrepresented.

“I think we need to drive more awareness and education around technology as a whole and channel as a vertical within that,” she says. “We need young women to see women successful, engaged, happy in leadership roles in technology and in the channel in order for them to see a future for themselves there.”

Learn more about Cogeco Peer 1 by visiting their website.

Tags: Canadian ChannelCDN WomenCDN Women in the IT ChannelCogeco Peer 1Jaime Leverton
Share with FacebookShare with TwitterShare with LinkedInShare with Google+Share with Pinterest