2018 CDN Women in the IT Channel honouree: Reem Gedeon 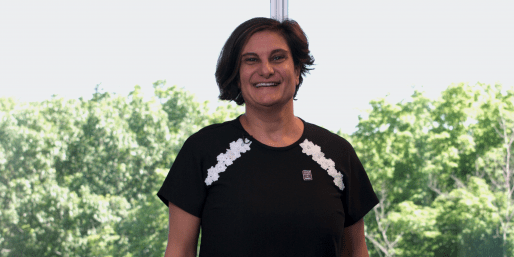 From the outside, the IT channel doesn’t seem to have a lot of charm. But for those working within it, there’s something about the sector that keeps people coming back for more.

Reem Gedeon knows this all too well. After spending more than 15 years as an account/sales executive at two different IT solution providers, she tried expanding into management consulting in 2008. But after just a year and a half as an associate partner at Gallup Consulting, she realized that her passion was working in IT. She quickly jumped aboard CompuCom towards the latter half of 2009 and hasn’t looked back since. 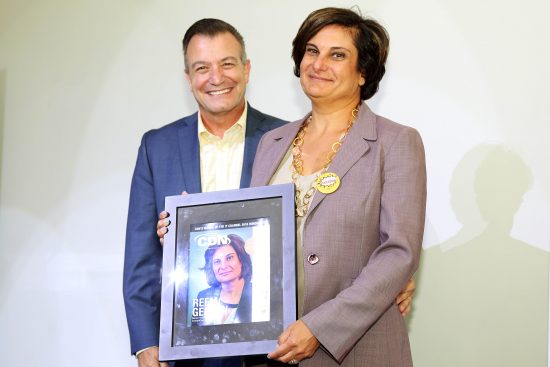 “After starting a reseller in Quebec in 1995 and then working at a Toronto-based managed services organization for eight years, I decided I need to get out of IT because I wanted something new and thought there might be something different out there,” Gedeon tells CDN. “I moved to Gallup and supported their management consulting team and it was completely outside IT. After about a year, I just couldn’t do it. I missed the IT world.

“When you truly think about how disciplined we are in IT, it’s remarkable how focused we are on deliverables, milestones, achieving outcomes, etc. That’s not to say management consulting isn’t [disciplined], but it’s a lot of research, data, and consulting, and I’m used to seeing results and outputs, and executing on deliverables. So I decided my passion belongs within IT and I joined CompuCom just a few months later.”

Now the senior vice president at CompuCom, Gedeon is one of CDN’s honourees at this year’s Women in the IT Channel event. When asked about the recognition, her initial reaction was that CDN must have run out of candidates.

All jokes aside, Gedeon’s rich experience in the channel coupled with her leadership skills and passion for her customers sets her apart from the competition.

“I’m passionate about the fact that [CompuCom] helps users and customers, and delivers what we call a delightful experience. The impact that we, as an organization, have on our clients, and with the help of our partners and channel, is just tremendous,” Gedeon explains. “And the fact that I get to lead this organization in Canada, and the growth that we’ve encountered, and the success, gives me great pride.”

The CompuCom executive has recently begun focusing on encouraging more women to go into the IT channel and the technology sector as a whole after realizing the indirect impact the gender gap has had on her.

“I’ve always fought for what I wanted and I’ve always, in a way, gotten what I wanted. And because of that, I never thought I was impacted by the gender gap in the tech industry, but it dawned on me recently that I have been, inadvertently. For example, I stopped wearing dresses because I always wanted to look professional in a suit and avoid looking overly feminine. But I realized that being professional doesn’t require a suit or looking like a man,” she points out. “I want everybody to see me as a woman because I take pride in that, and I encourage any girls – even my kids – to do the same.”

She tells women considering tech to be confident in their talent and focus on the skills they have when applying for jobs.

“The difference between men and women when applying for jobs is that women focus on the qualifications they don’t have, while men look at the qualifications they meet. It’s a completely different approach and its fascinating to see because it’s a true reality. Women stop themselves from moving forward, but many qualifications can be learned and we can adjust along the way – we just need to try first,” Gedeon advises.

To hear more about what Gedeon had to say about her career and women in the channel, you can watch CDN’s honouree video here.