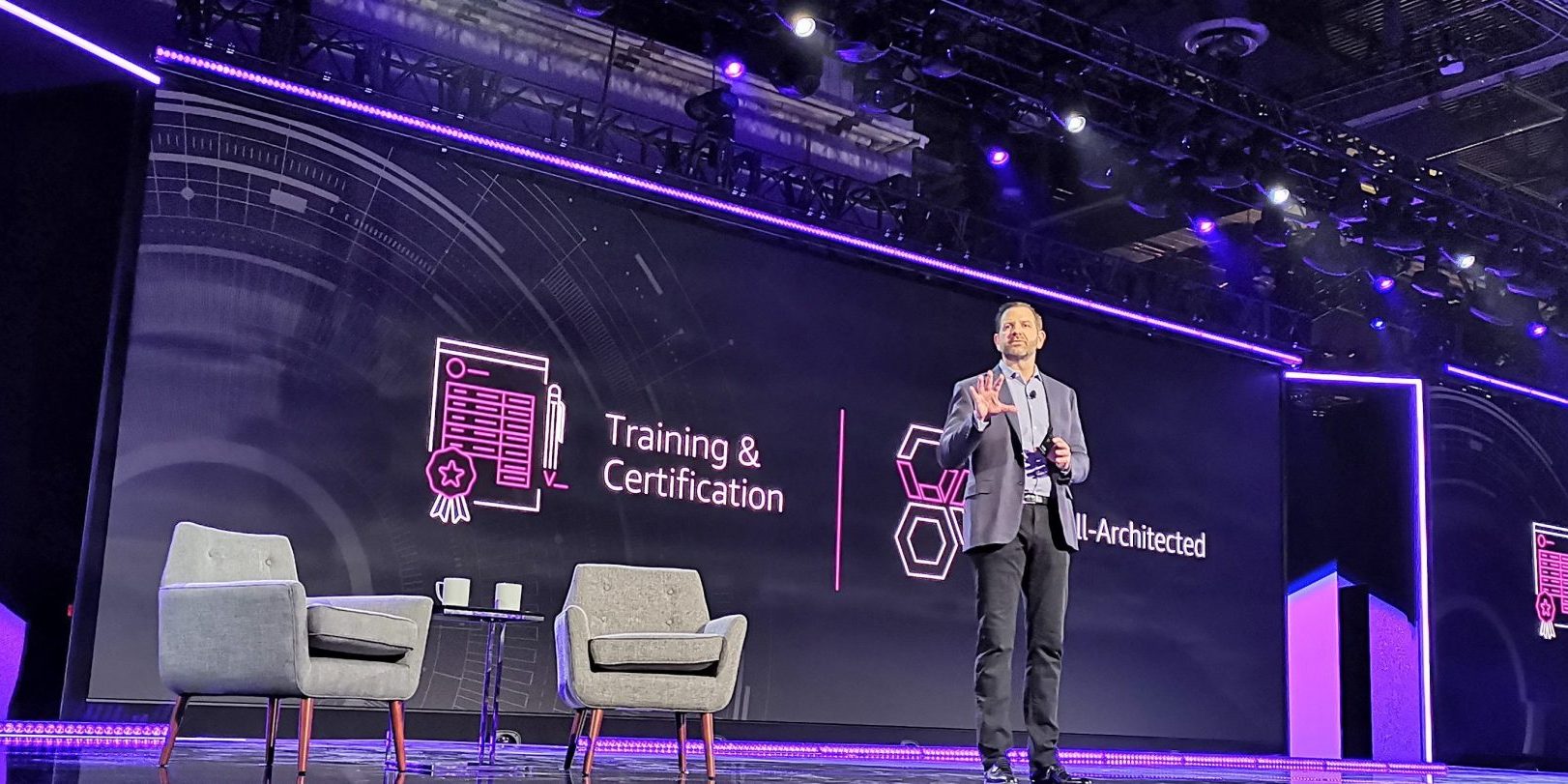 AWS parter-driven sales have grown at a faster pace than all AWS sales, said Terry Wise, the vice-president of global alliances, ecosystem, and channels at AWS. That’s no small feat, considering that Amazon has danced with a $1 trillion market cap in the past year. Consider these metrics that Wise presented on stage: Terry Wise, VP of channels at AWS, says that partner-led opportunities are 350 per cent larger than a typical AWS deal.

Amazon encouraged partners to seek more opportunities to obtain certifications on the AWS platform to join in the growth trend. It also released a couple of new certification programs designed to help target areas in high demand.

“We need more partners to join us in this MSP journey,” Wise said on stage.

AWS CEO Andy Jassy backed up that message later in the keynote. “Our partner ecosystem has always been incredibly strategic and important for us,” he said. “Some of our customers want to use the same partners and the same consultants they used on-premises, but in the cloud. Others see it as a breaking point, to work with an entirely new set of partners.”

Amazon is hearing often enough from its customers that it wants guidance on working with the right partners, so it’s creating new certifications to achieve that. Partners that complete the training for the requisite number of staff can wear the AWS badge and will be featured by AWS in certain marketing materials.

The first such new certification is the AWS Container Competency. Wise says it’s in response to one of the most in-demand technologies over the past 12 to 18 months.

“Customers love the portability, the flexibility, the ease of use around containers,” he says. “They are becoming the de facto method to deploy and refactor applications on the cloud environment.”

The certification is intended for partners that have a product or solution that integrate with AWS Services in ways that improve the ability to run workloads on containers. AWS divides container solutions into three buckets: foundation, which provides a uniform and consistent method of managing multiple containers; monitoring and logging, which allows customers to collect metrics, analytics, and debugging information; and security, allowing customers to run compliance-based workloads within containers.

There are an “incredible number” of AWS customers using containers, Jassy said on stage. He advised that customers wanting the best integration with AWS should use the Amazon Elastic Container Service, though he also pointed out that those who prefer working with Kubernetes can use the Elastic Kubernetes Service. In a similar vein, AWS is fielding requests from customers that want guidance on what Internet of Things (IoT) devices they can trust. IoT has been a notoriously insecure area, even giving rise to the debilitating Mirai botnet. So AWS is launching the AWS Device Qualification Program.

“It enables hardware vendors to verify their products with AWS IoT Device Tester,” Wise said. “We’re making it easier and faster for partners to self-validate their hardware offerings.”

Vendors that do get approved will be featured in the new AWS Partner Device Catalog, a curated device directory where customers can discover them based on their needs.