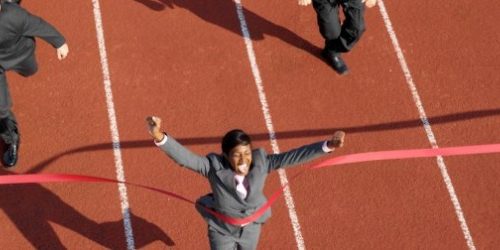 Gartner recently conducted research on the two IaaS solutions. Kyle Hilgendorf, IaaS research director for Gartner, said that while most organizations are likely to employ a combination of cloud solutions from various vendors, the sheer amount of features required by the enterprise that AWS covers is a clear indication of the Amazon’s lead.

“I think it’s very possible that large organizations will find themselves using multiple cloud providers at the same layer (e.g. Iaas, Paas) in the future,” he wrote in a recent blog. “Today, only a minority of my clients are using AWS and Azure simultaneously but I think the rationale for this will increase over time for most organizations.”

Gartner assessed AWS and Azure on compute, storage networking, security and access service offerings, support levels, managed as well as price and billing. AWS covered 92 per cent of the features required for enterprise use cases, while Azure had only 75 per cent.

In an interview with Networkworld.com, Hilgendorf also said that among AWS’s compelling features was a strong encryption platform that works well with systems provided by third-party network vendors and enables direct links to the AWS cloud.

Data sovereignty is another issue that crops up often among cloud customers that have specific country requirements for locations like Canada, France and Germany, according to Hilgendorof.

In his blog, he said AWS and Azure both offer protection that assures customers that “data does not cross country or geographic boundaries.

He said AWS has a slight lead because Azure customers need to set up data centre pairs –potentially across country boundaries – if they want increased availability at certain levels.

Hilgendorf said one of primary reasons why companies would Azure over AWS is Microsoft’s relationship with its customers. The company has been selling to the enterprise market for decades and its exposure in the space is a huge advantage. For instance, a company that is already using Office 365 or Microsoft’s Hyper-V platform will favour a seamless integration of its systems with Azure. Microsoft’s and its cloud sales teams entice clients with substantial discounts in long-term contacts.

As many as 64 per cent of Azure users said they use the solution because of their relationship with Microsoft, according to Gartner’s research.