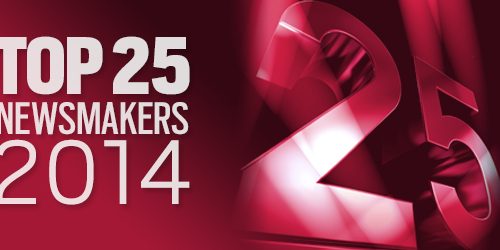 Data sovereignty was an on-going issue in 2014 not just for channel partners but also customers.

Customers often worry about the U.S. using the Patriot Act, which gives law enforcement agencies the right to subpoena data.
Bob Elliott, president of SAP Canada, decided to actually do something about it by working towards SAP Canada operating its own data centre north of Toronto that is intended to assure organizations personal data won’t leave the country. “It’s an emotional thing that I don’t even think makes sense when you’re connected to the Internet,” said Elliott, in a previous interview.

“It comes up time and time again, especially in the public sector and in the financial/banking sector that they really want to know if they move to the cloud their data will be housed in a Canadian data centre.” British Columbia has mandated that service providers handling provincial data store it within Canada, he added.

The other reason SAP will have a data centre here is that demand for the company’s cloud-based applications is increasing.
First to be available by the end of the year will be SAP’s SuccessFactors human resources suite, followed later by the Ariba business-to-business d procurement service and Hana Enterprise Cloud.