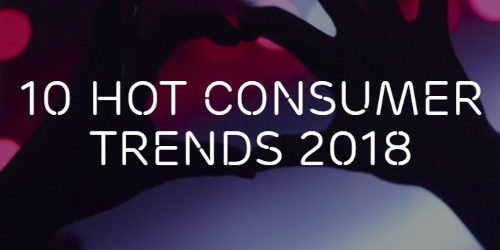 Even the world’s most forward-thinking consumers are freaked out by the idea of human customer service being overtaken by machines, according to the latest Ericsson consumer trends report.

Based on an online survey of 5,141 “advanced internet users” from around the world (but no Canadians), the Swedish multinational telecommunications firm’s annual list found that, among other things, three out of four consumers believe smartphones will be able to shoot virtual reality-compatible photos within five years; more than half of augmented reality (AR) or virtual reality (VR) users believe that immersive ads will eventually replace the experiences they’re advertising; and 50 per cent of respondents believe that “not being able to tell the difference between human and machine would spook them out.”

“Our research indicates that consumers are increasingly moving towards a paradigmatic shift in how they expect to interact with technology,” the company’s researchers wrote in the December 2017 report, which focused on internet users between the ages of 15 and 69 with an “urban early adopter” profile – that is, high average use of new digital technology such as intelligent voice assistants, virtual reality headsets, and augmented reality applications.

While the researchers acknowledge that the consumers surveyed represent only around 30 million of the 180 million residents who live in the 10 cities included in the study (Johannesburg, London, Mexico City, Moscow, New York, San Francisco, São Paulo, Shanghai, Sydney, and Tokyo), and therefore a small fraction of consumers globally, “we believe their early adopter profile makes them important to understand when exploring future trends.”

Each of the 10 consumer trends highlighted in the report involve technology in one way or another, and feature insights that executives and channel partners alike should consider. They include:

You can read the full report here.