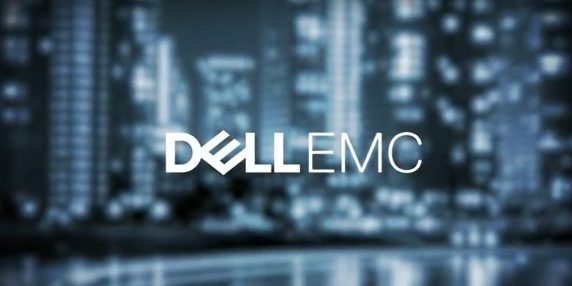 Dell EMC captured nearly 22 per cent of the worldwide storage arena, increased its lead over Hewlett Packard Enterprise, and for the first time since closing the EMC merger, experienced its first quarter of storage gain by 5.8 per cent.

“That’s what we’re most proud of,” said Joyce Mullen, president of global channels, OEM and IoT Solutions for Dell EMC, after the company released its first quarter results for 2018. “That is the largest year-on-year share gain in the history of the [International Data Corporation] IDC storage tracker. We’re very excited about that.”

Dell hopes to keep up this momentum up by gobbling up shares left behind by other vendors who can’t keep up in the market, explained Mullen.

“We’ve made a conscious effort to invest in a declining market. There’s a great opportunity to gain shares if you continue to invest and have enough to scale to the supply base,” she said. “This quarter we gained more shares than any of the top vendors. Others, who can’t scale, have dropped out. This is a big focus for us.” 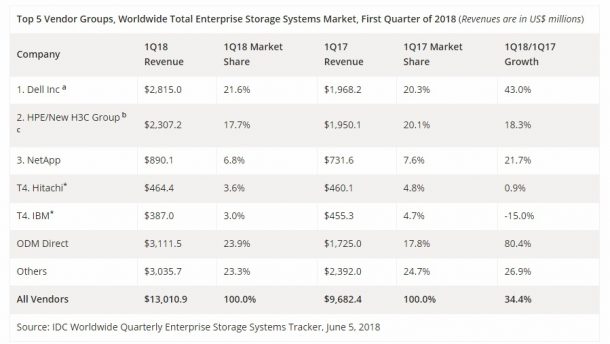 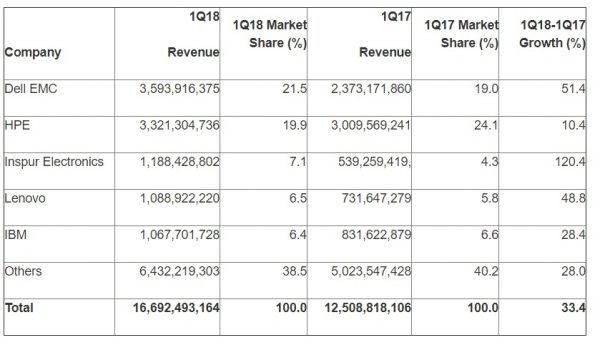 According to Eric Sheppard, research vice-president of server and storage infrastructure for IDC, the first quarter of 2018 showed significant growth in the storage market, as sales of server-based storage increased just over 34 per cent year-over-year, to $3.6 billion in revenue.

“Demand for public cloud resources and a global enterprise infrastructure refresh were two important drivers of new enterprise storage investments around the world,” Sheppard wrote in a blog post. “Solutions most commonly sought after in today’s enterprise storage systems are those that help drive new levels of data centre efficiency, operational simplicity, and comprehensive support for next generation workloads.”

Dell also retained its number one position in servers and grew that part of the business by 41 per cent since last year. It also experienced its 21st consecutive year of increased PC shipments, up 6.4 per cent from last year. Mullen described the numbers as “terrific” for the company, and touted the 121,000 approved deal registrations in the first quarter of 2018, a nearly 15,000 increase from Q4 2017.

“You usually don’t see those types of numbers for approved deal registrations this early in the year,” she said, adding 5,500 additional partners earned new credentials through training programs. “It’s a great leading indicator for what’s to come.”

Mullen said she expects the Dell EMC Ready Stack channel program, which was announced at the Global Partner Summit late April, to have a significant impact in the next several years.

“We’ve already seen a lot of positive reception from our partners because of the program’s ability to let partners put together solutions that are flexible and meet the needs of their customers,” she said. “It’s going to be a great program for us. It takes a little while for it to kick in, we’ll likely see a bit of an impact in Q2, Q3.”

Dell EMC Ready Stack is exclusive to channel partners and will make it easier for partners to bundle, sell and build converged infrastructure stack solutions based on current and future Dell EMC data centre technologies.