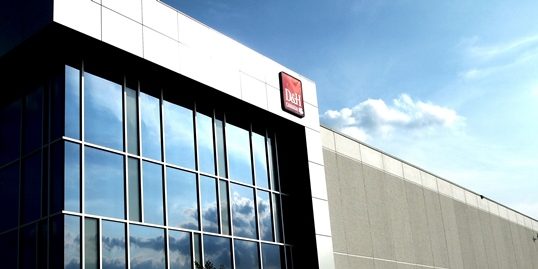 Roy Rivers has been promoted to vice-president of sales for D&H Canada, the distributor announced just before the new year.

Long-time general manager Greg Tobin will move into an advisory role focused on long-term planning, the company explained in a press release.

“I’m excited to focus my expertise more expressly on strategic efforts for D&H as it evolves, working to boost sales for our customers,” said Greg Tobin. “We’re confident that Roy will continue to establish crucial new relationships for D&H, increasing the company’s prominence in the market and enhancing its ability to deliver a competitive edge to its VARs.” Roy Rivers is has been promoted to vice-president of sales at D&H Distributing, Canada.

Rivers joined D&H Canada in 2017 as director of sales and advanced solutions, managing its vendor relationships as well as VAR sales. He led the company’s addition of HPE’s and Aruba’s solutions, the HPE Hero (Heighter and Elevate Revenue Opportunity) program, Cisco’s Meraki line of wireless solutions, in addition to launching the accompanying Driven for Cisco Meraki reseller program. D&H Canada says these accomplishments garnered a lot of interest from the SMB segment, and it’s resulted in a more than 35 per cent growth in the VAR sales segment for the past year.

He said the company is very focused on its commitment to the reseller community.

“We’ve made excellent headway in the marketplace, introducing powerful new product assortments and compelling support initiatives that have driven business for both our customers and vendor partners. In the process, we’ve grown to be one of the most effective and relied-upon distributors in the country, spreading our value proposition throughout the provinces,” said Rivers.