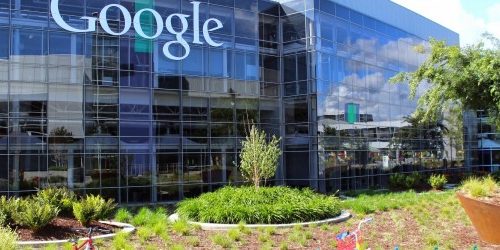 It was only a matter of time before Google opened its first Canadian region. This February, after announcing the intent to open a region last spring, Google Canada announced the official opening of a new region in Montreal, also its first Google Cloud Platform (GCP) region in Canada.

The new Montreal region, dubbed northamerica-northeast1, consists of three different zones and joins four other North America-based regions in Oregon, Iowa, South Carolina, and Northern Virginia. Google says that end users hosting applications in the Montreal region will see improved latency by up to 90 per cent as opposed to hosting those applications in the next closest region.

When speaking with CDN, Google Cloud Canada Country Manager James Lambe said it was “critical” that Google Canada open a local Canadian region. He pointed to seeing an uptick in the company’s business in Canada that showcased a real demand for a local region.

“What constituted the necessity for [opening the Montreal region] was really the demand from our customers,” Lambe explained.

Google is just the latest company to set up shop and invest heavily in the Montreal area. In 2016, both Amazon Web Services and Microsoft Azure launched Canadian regions with Montreal-based data centres. French cloud company OVH, as well as IBM, Bell Canada, and Cogeco, have also settled in the Montreal area.

For Google Canada, the company already has an office in Montreal, in 2016 it had made a $4.5 million investment over a three-year period to the Universite de Montreal and its Montreal Institute for Machine Learning. Lambe said that the hub of machine learning and artificial intelligence in Montreal ties into Google’s own capabilities around both technologies.

“We have a pretty significant presence [in Montreal] with Google. If you look at our investments, like the Montreal Institute, etc., the proximity of exceptional schooling, and the climate for high tech skill sets, Montreal is a beautiful location for us,” Lambe said.

Between the expanding GCP leadership team worldwide, run by VMware founder Diane Greene and including recent additions like former Intel data centre boss Diane Bryant, and positive cloud growth reported in recent quarterly earnings reports, Lambe wants to send the message that Google is “extremely committed” to the enterprise business here in Canada with the opening of this local region.

The worldwide component is a significant factor for Lambe’s pitch for Canadian companies with international business looking to take advantage of the new Montreal region. By connecting to the Montreal region, businesses and organizations will also have access to the entirety of Google’s global network.

That global access is certainly appetizing for organizations like the Oakville, Ont.-based telematics company Geotab, and gaming goliath Ubisoft, who has development studios in Montreal and Toronto. Google Cloud Canada is working with organizations and business across numerous verticals, such as the important technology sector, financial services, and retail.

There are three main reasons for why Lambe has such a focus on channel partners: it allows GCP to scale faster and to take advantage of the enduring relationships that partners have had in place, and allows partners to apply their existing skill sets to new technology in order to bring value to their customer base.

Ultimately, the GCP in Canada is in its early stages. While Lambe couldn’t say whether or not Google Canada Cloud would open additional data centres in Canada or another region, he urges Canadian customers to “stay tuned, because we’ve got a lot of great things still to come.”