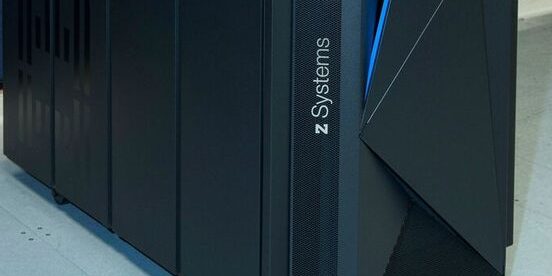 IBM is trying to change the way you think about mainframes with the launch of its new Z-series machine.

The IBM z14 Model ZR1, launched today, is a cloud-ready system with a 19-inch server rack that can easily fit into any standard cloud centre or private cloud environment, a shift from the traditional, bulky pieces of hardware that can barely fit anywhere and cost hundreds of thousands of dollars.

IBM says the new z14 offers 10 per cent more capacity and approximately 8 terabytes of memory, twice the amount compared to its predecessor, the z13 mainframe.

IBM is trying to change the way you think about mainframes with the launch of its new Z-series machine. Source: IBM.

While he didn’t describe the z14 as an entry-level piece of hardware, Ross Mauri, general manager of IBM Z did say it will give a broader number of clients better security with pervasive encryption, machine learning, cloud capabilities and analytics.

“Not only does this increase security and capability in on-premises and hybrid cloud environments for clients, we also will deploy the new systems in our IBM public cloud data centres as we focus on enhancing security and performance for increasingly intensive data loads,” Mauri said in today’s announcement.

IBM is also launching an update to its LinuxONE Rockhopper server, which now includes 50 per cent more capacity and twice the memory compared to its predecessor.