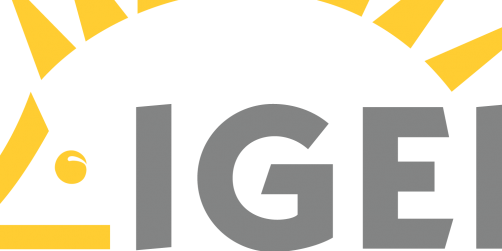 Enterprise-grade endpoint management software company IGEL is expanding its North American operations with the opening of a new sales office in Canada.

The office is located in Toronto and Ingram Micro Canada is IGEL’s official distribution partner for the region.

The sales office is led by IT channel veteran Ken Shipman, who has been appointed country manager, while Citrix alum Michael Berman will be IGEL’s first sales engineer in Canada.

The great white north is becoming an increasingly important market for IGEL, according the company’s North America president and CEO Jed Ayres.

“We are excited to announce a number of ‘firsts’ for IGEL in this region as we welcome Ken and Michael to our team,” he adds in a Feb. 7 press release. “Ken brings with him a proven track record built on decades of successfully establishing a Canadian presence for end-user computing and virtualization industry leaders. His experience, coupled with Michael’s extensive technical knowledge and expertise when it comes to Citrix virtualization solutions, are important to expanding our reach within the Canadian IT channel.”

Before joining IGEL, Shipman spent more than a decade as the Canadian country sales manager at Dell Wyse, formerly Wyse Technology, where he was responsible for developing the company’s go-to-market strategy, managing the Wyse Canadian sales team, and directing its technical team in achieving revenue goals for its portfolio of thin client and endpoint solutions. He also managed Wyse’s reseller network and coordinated its distribution supply chain in Canada.

He has also previously been the director of Canadian sales at GigaSpaces Technologies, a hybrid cloud orchestration company, and Canadian country manager for RES Software (now part of Ivanti).

Shipman says he is “delighted” to be joining the IGEL team and looks forward to working with Canadian resellers and IT solution providers “to collectively grow market share” in the region.

Along with its announcement of expansion into Canada, IGEL has also revealed that Richmond Hill, Ont.-based IT solution provider Compugen has been named the region’s first IGEL platinum partner. Compugen is coming off a notable 2017 where it became the first Canadian solution provider to partner with Apple, allowing it to add iPhones, iPads, Macs, Apple Watches, and Apple TV to its device-as-a-service program.

Its other recent accomplishments include being named Cisco’s 2017 Partner of the Year for Canada, as well as gold and silver awards for managed services and enterprise service delivery, respectively, at CDN’s own 2017 Channel Elite Awards.

Compugen has been an established partner of IGEL for “many years” and is “thrilled” that it is making a focused investment in Canada, the company’s director of end-user computing David Wasilka explains in the release.

“It is an honour to have our partnership level with IGEL elevated to Platinum,” he adds. “Their innovative, software-defined endpoint management solutions are a great fit for our customers. The ability to seamlessly integrate with the best of application virtualization and VDI solutions can significantly reduce the complexity of secure digital workspaces and really help transform the way people work.”

Wasilka continues to express how excited Compugen is to work with Shipman and Berman, saying “their knowledge and expertise will prove invaluable as we expand our IGEL business in Canada.”