LG to unveil something big and curved at CES 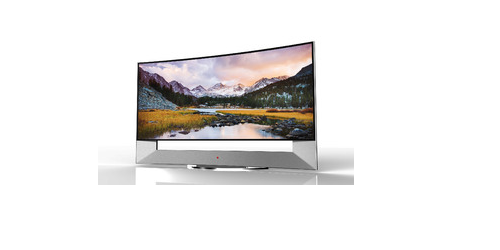 This 105-inch display is the company’s first curved unit and its important to note that the 105-inch size was measured diagonally. LG is making the claim that it will be the largest curved display ever made.

Another thing this display can do is render the minutest detail because of its wide viewing angle. The 105-inch model is also cinematically proportioned at 21:9 which is the exact spec of CinemaScope screens. LG is also saying that the extra-wide screen enables users to access viewing information on the side of the screen without blocking any of the ongoing picture or video. This feature must be positioned for digital signage solutions.

This new model was part of a company collaboration between LG Electronics and its LG Display business unit. In order to realize the display’s curvature, new technology was introduced to resolve a number of issues, such as maintaining structural integrity and delivering uniform colour and brightness across such a large screen. According to LG, OLED panels were preferred for curved displays because of the technology’s ability to generate its own light source. LG Display overcame the challenge of uneven backlighting by refining its Thin Film Transistor (TFT) pixel circuit technology to prevent colour leakage from virtually any angle.

Yong-kee Hwang, senior vice president and head of LG Display’s business unit, said LG Display will be showcasing this new screen at its booth at CES 2014 at the Las Vegas Convention Center, central hall #8204 from Tuesday, January 7 through Friday, January 10.

The LG Chromebase (Model 22CV241) offers the Chrome operating system along with a 21.5-inch widescreen full HD IPS display in a desktop unit.

The new LG Chromebase will feature:

Tags: all in one PCscurveddigital signagedisplayflat panelLG
Share with FacebookShare with TwitterShare with LinkedInShare with Google+Share with Pinterest