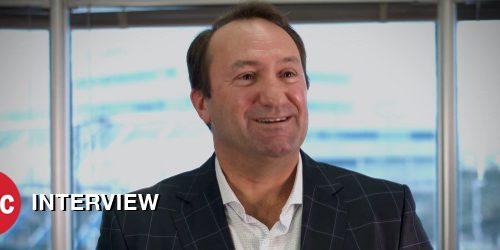 The country leader and general manager today announced that he’s stepping down and becoming president of Benchmark Corp., a Canadian IT solutions provider based in Mississauga, Ont.

The announcement has raised eyebrows, Villeneuve admits, but the fact that Benchmark has largely flown under the radar since its inception in 2003 was appealing to him. Its strong partnerships with nearly every single major vendor, he points out, combined with a wide-range of services from infrastructure to cloud computing, leads to a strong foundation he can build upon. Additionally, Benchmark offers capacity-on-demand financing models, with flexible terms and conditions to fit a customer’s budget, says Villeneuve, while offering upfront value to our vendor partners. It’s a unique business model, but there is room to improve, he explains. “If everything was rosy and perfect, and [Benchmark] was generating all sorts of revenue, I probably wouldn’t go,” Villeneuve told CDN. “But I see where we can take it.”

He says it’s well-known that he bounces around every four to five years, and he felt he accomplished his goals at Red Hat Canada. When he started working for Red Hat’s Canadian business in 2013, 38 per cent of its business was through the channel. Now he says it’s at 75 per cent. His work in Canada also contributed to Red Hat’s 64 consecutive quarters of growth, an achievement frequently touted by the open source giant. A press release also mentions that he helped his team triple bookings in the past five years and was honoured as Red Hat’s North American FY18 Region of the Year.

And while there’s a noticeable shift among Canadian channel partners towards recurring revenue and lifecycle models, Villeneuve says OEMs continue to do a lot of the leg work across the country, often stretching themselves thin and not engaging with customers on a deep level.

“It is not our intention to build a fulfilment reseller model,” explains Villeneuve. “We are building a team of sales and delivery professionals with exceptional customer relationships, who provide value by solving critical business challenges with our vendor community. My key objective is to build a sales team from coast to coast, and right now we have six people, and we intend on adding another 10 in the next five months in order to have a national view of the business and be able to go deep into these accounts.”

Kam Sabouri, Benchmark owner, says Villeneuve will be his “right-hand delivering our expertise and customized solutions to commercial and enterprise companies.”

“Luc’s leadership, business acumen, and passion for our ecosystem are exactly what we need to scale our offering nationally and leverage burgeoning opportunities in the market,” he adds. “Together Luc and I are confident we can grow Benchmark into a $250 million leader in the next three years by expanding our successful team.”

More than 200 people, many of them from Red Hat, commented on Villeneuve’s LinkedIn where the announcement was posted. Villeneuve also emphasized the decision to step down had nothing to do IBM’s acquisition of Red Hat.

“This has been in the works for about 10 months,” he says.