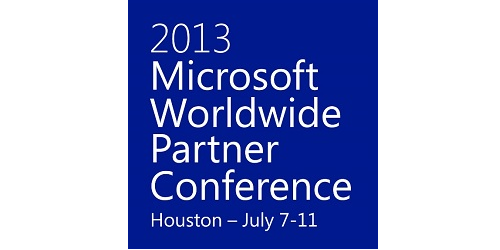 HOUSTON – Microsoft has built its Worldwide Conference this week around four pillars. Three of them – the cloud, mobility and enterprise social – are probably not surprising. However, the four pillar may be: big data.

Certainly there has been no shortage of hype from many vendors in the big data arena – far outstripping actual adoption, according to most research – but Microsoft hadn’t jumped into the big data fray yet. That changed this week although, judging by CEO Steve Ballmer’s comments, it may be somewhat of a tentative step.

“Big data is I think one of the areas that is still very, very early actually in its exploitation,” said Ballmer. “Big data means a lot of things to a lot of people, and it’s very important that we continue to push forward on these big data themes.”

Of course, while Microsoft may not have embraced the big data messaging yet, big data isn’t really a solution. It’s a problem. Exploiting the growing amounts of structured and unstructured data to drive actionable business intelligence, and even predictive analytics, isn’t a new space to the vendor. It’s a matter of pulling together solutions in a new way, often from across Microsoft business units and products, from Azure and SQL to Excel and Dynamics.

Ballmer said Microsoft is focused both in the tools to exploit big data, as well as the infrastructure to gather and support it.

He also pointed to the Azure Data Marketplace, which will allow businesses to build apps that draw on data that be consumed by users either inside or outside the business for a specific narrow purpose, such as a forecasting app to predict needed retail inventory based on different data points, such as the weather forecast.

With other vendors have been faster on the big data bandwagon, the focus has been more on the enterprise to date. Microsoft’s traditional sweet spot has been in the midmarket and SMB, particularly with the channel, so its embrace of big data could help drive wider market adoption.

Julie Bennani, general manager for partner programs at Microsoft, said Microsoft has more ways to gather data – both structured and unstructured – than many other companies, such as social with Yammer and Skype, documents with Office, search with Bing, Sharepoint portals, Dynamics ERP and CRM suites, and its own advertising platform.

“I’m so glad we’ve highlighted this as a megatrend as I think we have a great story to tell. It’s a huge partner opportunity, and a great opportunity to attract and retain talent,” said Bennani.

From a programmatic perspective, Microsoft is still pulling together the pieces to enable partners to go to market and speak to the big data opportunity with messaging and architectures, but she hinted news may be coming in this area soon. Today there are two related competencies around business intelligence and data platform.