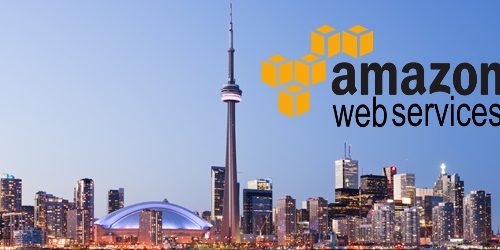 Onica announced it acquired TriNumbus Monday morning and according to its CEO Stephen Garden, finding the right Canadian partner to merge with wasn’t very hard. TriNumbus has been working with AWS for several years, becoming Canada’s first-ever AWS premier consulting partner – the highest certification a company can receive within the AWS partner community – in 2015. Onica is well-versed in AWS as well, and scooped up Sturdy Networks, another premier AWS consulting partner, in December 2017. Amazon’s ongoing investments in Canada, combined with its interest in building its second headquarters in Toronto, served as a strong indication of where the growth potential was located.

“We know that AWS and Amazon has been investing a lot in Canada and we see a huge number of opportunities, especially in Toronto, where they’re really investing in building a significant delivery centre in that market,” Garden told CDN.

Onica began as a division within a company called CorpInfo, a 30-year-old legacy IT provider, but quickly grew into something much more as its cloud management expertise, especially around AWS, continued to grow. Garden said that growth is going to continue in Canada.

“TriNimbus customers will notice that this is just the start of major expanded investments in Canada. We really like this market. We follow AWS in terms of where they take their business, so we’ve been watching their investments,” he said.

For TriNimbus, the acquisition means new hires and aggressive growth to serve customers not only in Canada, but in the U.S. as well, according to Jarrod Levitan, chief growth officer of TriNimbus. The company’s strong Canadian roots haven’t stopped it from picking up some large customers south of the border.

“We felt that the ecosystem was getting a little bit more competitive with more cloud players entering the game,” he said, indicating that they plan to quickly add to their total of 90 employees. “This isn’t about finding efficiencies, it’s quite the opposite. We plan to hire more aggressively in the U.S. and particularly in Canada.”

When asked what separates AWS from Microsoft Azure, which has become integral to Microsoft’s channel partner community, Levitan was quick to mention maturity.

“We appreciate the robustness of the platform,” he explained, noting customers that have worked with Azure in the past have told him they couldn’t actually do what they had originally intended with the platform. “It’s not really about getting to the cloud, it’s what you do when you get there, and it’s that what you do part that AWS has a much better handle on in our opinion.”

“I feel like Azure still relies heavily on legacy licensing models. It’s just not quite as open as AWS, which can support any type of use case,” he said.