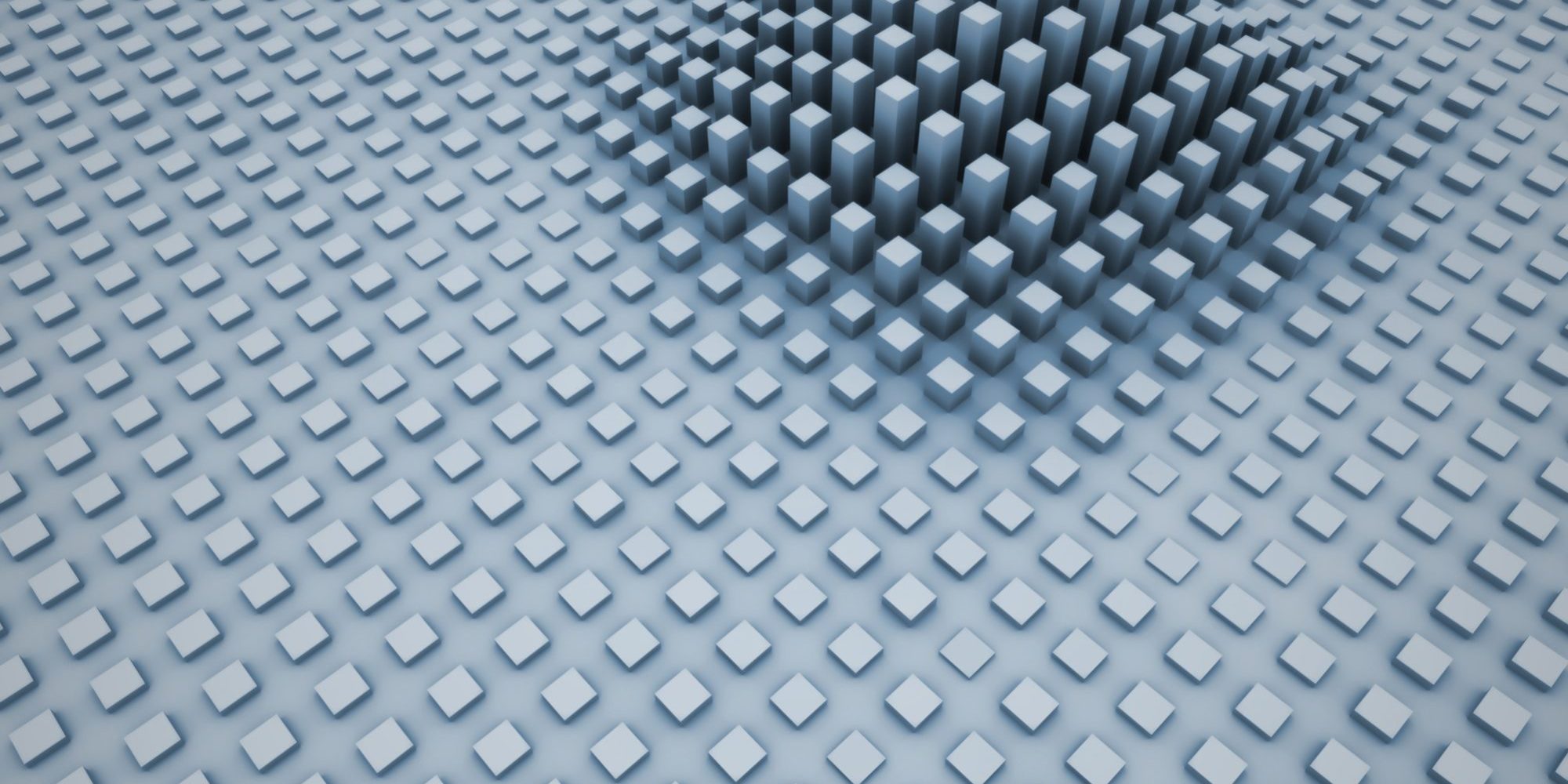 It’s late January and the bitterly cold wind whipping around the bleak exterior of Silcorp Ltd.’s headquarters in Scarborough, Ont., mirrors a chill that’s been stealthily creeping through the company for the past five months.

The convenience store operator, best known through its Mac’s Milk chain, has just deflected a hostile takeover bid from Alimentation Couche-Tard Inc. of Quebec, ending a feud that began Aug. 26, 1996.

Couche-Tard’s aggressive $68.5-million attempt fell through when it failed to find a buyer for the dairy operations of Silcorp’s Becker Milk Co., a division of a company that Silcorp itself acquired two months earlier.

The man in the middle is Derek Ridout, Silcorp’s president and CEO. It was Ridout’s actions – he sold off 51 gas bar/convenience stores in Michigan for a share buyback to increase stock value – that made Silcorp that much more difficult to acquire.

“It was pretty much of a surprise bid,” says Ridout. “Couche-Tard thought we were vulnerable because our stock was a little lower” at around $13 per share (it’s now trading at $18-19). “When those situations develop it’s opportune for someone to make a (play for the company).” His defensive move helped raise Silcorp’s market capitalization to approximately $99 million, from $55 million before the Becker’s acquisition.

What Ridout may have bought is time. Major shareholders – who’ve exhibited “strong, loyal support” throughout – are willing to wait for the company to draw ‘synergies’ through reduced overheads following the Becker’s absorption.

These synergies, or savings, are expected to total $8.5 million in 1997. What many people may not realize is that Silcorp’s information technology division is responsible for bringing a full 50 per cent of that sum.

Ridout doesn’t think it’s unrealistic to burden his IT team this way. After all, they’ve done it before.

The business was a lot simpler 35 years ago when convenience stores were springing up as fashionable alternatives to milk trucks. It was 1960s entrepreneur Kenny McGowan who started the ‘c-store’ craze. The Scottish retailer opened the first Mac’s Milk outlet in Richmond Hill, Ont., in 1963 – then, with his brother’s help, quietly went about the business of spreading his stores across Ontario.

The province’s dairies – one, at least – saw what a golden opportunity the c-store business could represent. In 1963, Silverwood Dairies of London, Ont., bought a 40 per cent interest in Mac’s and by 1972 decided the combination was working so well that it bought the whole chain of 375 convenience stores. It went on to buy another rural Ontario chain called Mike’s Mart and by the 1980s the company, now called Silcorp Ltd., had more than 1,000 outlets.

Then, the whole c-store model began to spiral out of control. Too many stores, too much bank debt, and in 1992 the prospect of financial ruin pulled Silcorp up short. A series of severe losses culminating in a $21-million debt prompted Silcorp to seek shelter under the Companies’ Creditors Arrangement Act (CCAA). “We were given up for dead,” says Jim Reynolds, vice-president, corporate information services, and the CIO.

The company pulled itself out of the pit by axing 60 per cent of its executive team, closing hundreds of stores virtually overnight, and implementing strategic and capital plans, including a revamped IT strategy.

“We had to click on all cylinders,” says Ridout. While it took a concerted effort on all sides to raise Silcorp, phoenix-like, from the ashes, Ridout credits the information systems team – led by Reynolds – with “more than average weighting in terms of our success. We had a history of not knowing as much as we should have about individual store profitability and productivity. Jim’s group has brought that level up dramatically.”

Silcorp shed its bankruptcy status in December 1995 but it’s more crucial than ever that the $600-million firm keeps moving up the performance curve. Because in November 1996, Silcorp took on its biggest premeditated challenge to date: it acquired arch-rival Becker’s in a cash-and-share deal worth around $35 million.

“They (Becker’s) go back 40 years,” says Ridout. “It’s a long history for both companies as competitors, and it’s nice to be on the same side of the street now.”

Nice because Silcorp must now ride a whole new wave of competition, constantly redefining itself to keep up. Conglomerates such as Zellers and Loblaws; video outlets like Blockbusters; coffee shops a la Starbucks; no-name, or ‘independent,’ convenience stores – all are busy eating away into the share of the c-store chain, to the point where sales have slipped and some chains, like Becker’s, have not survived on their own.

One of the problems is there’s little opportunity to build customer loyalty around an establishment where success is reared on anonymity. Sure, hasty shoppers might recognize the Mac’s Milk’s yellow-and-red signage and perky Scottish cat, but a tartan kilt and tam o’shanter can’t arm an organization against the peril of being outrun by almost everyone else in the industry.

And there’s a new army of aggressors out there in the form of petroleum giants such as Petro Canada, their outlets stocked with goodies aimed at titillating a captive market of impulse buyers. These firms are “a big new force in the business and we take them very seriously,” says Ridout.

“We have to raise the bar to compete with them. They’re well capitalized companies and typically represent a threat to us, so we’ve got to do things better.”

Reinforcing Ridout’s bid to do things better is an information technology (IT) strategy that sounds deceptively simple – in-store scanning (only in 10 per cent of stores so far), an executive information system (EIS) at head office and a supplier price maintenance system that tracks pricing and invoicing and reportedly saves Silcorp seven-figure amounts annually because of the discrepancies it catches.

Tied into the EIS is an older program called Weekly Activity Report on Sales (or WARS), which generates an inch-thick pile of numbers every week. The stats may appear unwieldy but just a few short years ago, even having the ability to produce a report like this was considered state-of-the-art.

WARS “was the start of everything,” says Brian Bedford, director of merchandising at Silcorp’s Ontario division. “All of a sudden we had sales by individual category, what the budget was and what the previous year was, by all of the key categories we used to run our business.”

Pre-WARS, someone had to contact each separate store daily and ask how much that store had deposited at the bank and what the sales were from the cash register. But the information was nearly useless. “All we had was, ‘we did $10,000 in sales last week.’ Beyond that there was nothing we could use to properly manage the business.” Silcorp’s gem of a program may not be unique among retailers but, when used in conjunction with an analytical tool like the EIS, it’s an important competitive advantage. Other c-stores are farther down the food chain of high-tech adoption. Seven-11, the Japanese-owned empire with 550 stores in Canada, is notoriously paper-based. And Becker’s staff were ‘in shock’ when they caught their first glimpse of Silcorp’s executive information system, says Bedford.

The reaction was: “We actually could have done something with the business if we’d had this kind of information.”

In contrast, when Bedford asked his opposite number at Becker’s to provide him with sales figures for the previous week, “you would have thought we’d asked: `Can you tell me when the Martians landed?'”

Ridout is a little kinder. “Becker’s has not moved up the information scale in terms of systems the way we have,” he says. “I think they were certainly poised to do that if they’d stayed independent; they have delayed a number of initiatives that we’ve taken.”

These include installing up-to-date PCs (Pentiums and notebooks) running Microsoft’s Windows NT and Windows 95 operating systems, and using Delphi – Borland International’s hot, object-oriented, software program for application developers. Reynolds insists he selects not cutting-edge hardware and software, however, but tools that will help run the business.

He uses consulting firms as needed – CGI helped convert Silcorp’s eight distributed (and out-of-date) Wang midrange computers to IBM’s more ‘open’ RS/6000 platform in 1993 – but prefers to do the systems integration himself because “my background (a mix of business and high-tech) lends itself to doing that.”

Reynolds was hired in 1990 to help define a coherent technology infrastructure for Silcorp. He swiftly discovered IT was out of step with the rest of the company – particularly operations and marketing. Six data processing systems housed huge, unconnected pools of information and everything was paper-based, with no tools in place to analyse the reams of data.

His first high-profile act was to install electronic cash registers (ECRs) in 1991 to meet GST requirements and gradually connect them to in-store processors.

Behind the scenes, his team set up a wide-area network to link the stores – 1,100 at the time – back to head office to electronically transmit sales and pricing information. As if that weren’t enough, IS staff were confronted with the task of integrating the six computer operations into one, something that would stand them in good stead for the Becker’s acquisition six years later.

Self-effacing almost to a fault, Reynold’s anxious to avoid taking credit for the company’s success, demonstrated in hard stats: annual revenues for 1995 were up three per cent over the previous year and net income rose by 13 per cent. Reynolds “shouldn’t be so modest,” says Ridout; “he’s been a big part of (the turnaround). In fact, I think you’re going to see more and more successful retailers separate themselves from less successful ones based on their ability to implement IT practices.”

Like any good CEO, Ridout likes to keep his hands relatively free of IT-related matters, and he and Reynolds have a pact. “I’ve promised Jim that I won’t ask him any technical questions as long as he doesn’t use too many technical expressions, so we have a good understanding,” says Ridout, to whom Reynolds reports directly as a member of the executive management group. “He deals with me on high-level management impact on the things he wants to do, and I stay out of his hair.”

It’s essential, albeit rare, for the CEO and CIO to work closely together, Ridout adds. Otherwise, “companies run into information pockets where certain individuals collect data and can be in a position to use it for their power, and not necessarily share it on an equal basis. We have a democracy around here which is a little unusual and very effective.”

Ridout is quite clear on one point as he strives to realize the much-needed “synergies” between his company and Becker’s. This year it’s a mere $8.5 million he must shave off the combined entity; in 1998 those savings must rise to $13 million. Information technology, he reiterates, is “a key enabler” to realizing that goal.

Right now, the IT team is in the midst of migrating Becker’s warehouse distribution and dairy manufacturing systems off the mainframe, a task that must be complete by year end. At the same time, Reynolds and his team are set to roll out 400 PC-based in-store scanning systems by June, an initiative that Ridout says will make Becker’s “the lead player” in its field.

For all of this to happen, however, Silcorp needs breathing space. The ill wind has died down for now. Says Ridout: “We’d like things to be quiet for at least a while, so we can settle down and get back to business.”