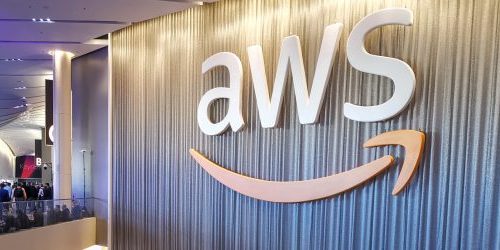 The new trade agreement unveiled Oct. 1 following negotiations between North American countries differed from its predecessor, NAFTA, in making specific references to digital trade. One such provision states that governments can’t require computing facilities to be located in their territory in order to do business there.

USMCA hasn’t been signed for ratification yet. It’s expected that could happen on Friday at the G20 Leaders’ Summit in Buenos Aires.

Asked about whether AWS has discussed the implications of USMCA at the re:Invent conference on Thursday, Gales said that “today nothing really changes.”

“When we put the region into Canada, that was for Canadian customers that wanted to keep their data domiciled in Canada, or they wanted to have lower latency for particular workloads,” Gales says. “So we don’t really see anything changing, we still provide an opportunity for customers to decide where they want to put their data.”

Since 2016, hyperscale cloud providers offering public cloud services have each set up a footprint with Canadian data centres. The AWS Canada (Central) Region was launched in December 2016. It features two “availability zones” in the Montreal area. AWS availability zones are made up of one or more data centres, and are designed to be geographically separate and supplied power by different electrical grids in order to avoid downtime.

Having a Canadian region has opened the door for AWS and other cloud providers to cater to financial sector organizations and the federal government.

“Because we have a region now in Canada, the customer has the choice ultimately,” Gales says. “When and if that agreement is fully ratified, and whatever the final language of that is, that may provide opportunities for customers to think differently, but doesn’t really change anything from our perspective in terms of making regions available.”

AWS’ growth in Canada is evidenced even in the Canuck participation at Re:Invent. Amazon says that Canadian attendees are up 40 per cent over last year, with more than 1,500 filling Las Vegas conference centres to learn about AWS services.

Since launching in 2016, AWS says it has doubled the total number of cloud services available from the Canada Central region. (A July 20 update counted 231 services added since the start of the year.)