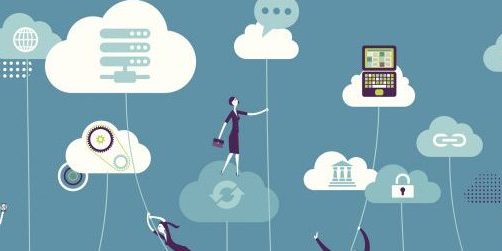 New innovations continue to drive change within business, and as customers start demanding services like the cloud or artificial intelligence-enabled products, technology providers need to keep up.

The results of CDN’s annual Top 100 Solution Providers survey show that not only is the channel keeping up, it is “taking advantage of the opportunities” unlocked by these new technologies and is hopeful about future growth. In fact, a major theme from 2017 is one of optimism, according to the survey results.

And that optimism is well-deserved. The Canadian channel secured more than $9.2 billion in revenue in 2017, up 12 per cent from $8.3 billion in 2016, and many leading solution providers reported significant growth rates as they shift to selling more services.

“Solution providers are seeing success in making the leap across the digital divide to offer higher value services that are critical to assisting clients in their digital transformations. They are also offering a diverse range of services. At the same time, significant opportunity remains open for development in third platform services, such as AI and the Internet of Things,” the survey’s report says.

To no one’s surprise, the 2017 leading revenue streams for solution providers in Canada include managed services for the second straight year (growing six per cent to make up 21 per cent of the Top 100’s overall revenue), followed by the former number one, consulting and professional services, which constitute 18 per cent of the overall pie. Infrastructure solutions, client solutions (PCs, printers, mobile devices), and cloud round out the top five.

What’s hot and what’s not

Cloud services remain at the forefront, and 70 per cent of solution providers expect the category to continue its growth over the next year. Most providers reported that they now offer a range of cloud services, including on-premises (private), public, or hybrid cloud options. This has led to new revenue streams in managed services and security products – a “trifecta” of services that have become entrenched in a solution provider’s basic toolkit.

Many services go hand-in-hand with cloud. As digital transformation evolves beyond just a buzzphrase business leaders preach at staff meetings, more than 81 per cent of survey respondents point to IT consulting services as their primary offering. Network/infrastructure design and implementation continues to rank highly as well, by almost three-quarters of solution providers. Data/disaster recovery and business continuity services have grown to be included by 72 per cent of provider portfolios.

“Canadian solution providers are relying on a healthy mix of technology solutions, with an increasing focus on those services that best support digital transformation for their clients. In 2017, the top solutions providers were IT Consulting Services, Managed Services/Hosting, Security and Network/Infrastructure Design and Implementation,” the report explains. “More telling are the areas of anticipated growth in the coming year. A large majority project that cloud services will continue to grow, followed by security, managed hosting, IT consulting, and AI and cognitive services.”

But on the flip side, the report predicts that spending on printing and imaging is likely to fall by 16 per cent this year, while survey respondents expect to see a 12.5 per cent decline in sales of desktop and notebook installation/deployment. Managed print services are also projected to drop, followed by storage and data centres.

It again should come as no surprise that 96 per cent of respondents expect to hire new employees in the next 12 months, up five per cent from last year, and most of them want to increase their staff significantly. No one plans to reduce their head count this year, although these lofty goals come as the tech industry is struggling to find skilled workers. With approximately two-thirds of Canadian solution providers falling under the small-to-medium-sized business umbrella of between 11 and 100 employees, they could struggle to find and keep IT talent.

Employers are seeking a wide range of skills, with the list topped by business development and sales (69 per cent), security (51 per cent), cloud (48 per cent), and digital transformation (42 per cent)-related expertise by almost 15 points.

But hard skills aren’t the only driving factor. The top customer segment targets for solution providers in 2017 were government, financial and real estate, professional business services, healthcare/pharmaceuticals, and manufacturing. Job seekers are encouraged to develop understanding and knowledge in these areas to help them secure positions.

As cloud becomes a growing revenue stream and a sought-after offering in the channel, Microsoft Azure has proved to be the top cloud infrastructure/platform provider in Canada in terms of channel sales. Azure is sold by per cent of channel firms, second place Amazon Web Services finishes significantly behind at 35 per cent, followed even further behind by Google Cloud Platform at 12 per cent.

While hardware sales have generally declined over the last few years, they still remain an important part of a solution provider’s portfolio. Dell EMC (48 per cent), Cisco (45 per cent), and HP Enterprise (43 per cent) control the hardware sector by a wide margin.

And whether it’s a sign of the consolidation in the market or something else entirely, most brand/product categories are dominated by just a few leading companies who swap leads every few years.

With the sudden emphasis on security this past year thanks to an increased number of threats and data breaches, Cisco has emerged as the top endpoint security brand (26 per cent), followed by Symantec and Trend Micro at 18 per cent.

In the mobile category, Samsung has taken over the lead (24 per cent) for the first time over Apple (23 per cent) – albeit by a fractional margin – and the rest of the group isn’t even close.

Overall, the Top 100 Solution Provider survey proves that the Canadian channel market is expanding thanks to new innovations and a switch to subscription-based business models, which has allowed companies to take advantage of new opportunities and grow their own revenues.