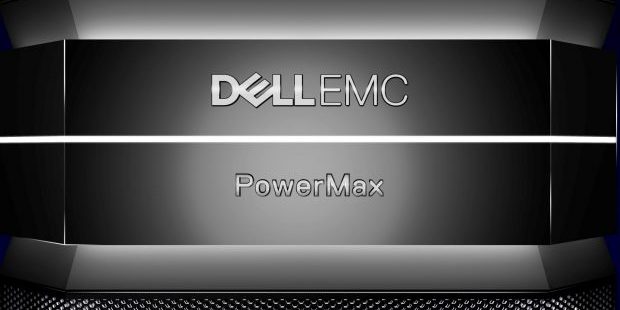 The biggest one being the VMAX replacement, the PowerMax. Built for NVMe, the PowerMax is designed for traditional and mission critical applications, but what really got Jeff Clarke excited during his keynote presentation this morning, was the built-in machine learning, or in other words, autonomous storage.

“You can make a seamless shift from your current array to this powerhouse,” the vice chairman of products and operations for Dell told the crowd, adding it can make more than 6 billion decision per day without a performance hit. “And it does all this without the aid of a storage administrator.”

Dell EMC says the PowerMax is the world’s fastest storage array, with more than 50 per cent better response times than the previous VMAX, two times faster than the nearest competitor. It can also perform up to 10 million input, output operations per second.

Bob DeCrescenzo, senior vice-president of Dell EMC storage said he was most excited about the PowerMax.

“It was built to support the next-generation emerging applications of tomorrow – artificial intelligence and real-time analytics applications,” he explained.

DeCrescenzo pointed to a recent IDC survey that suggested out of the Fortune 2,000 companies it reached out to, approximately 65 per cent of them will have mission critical real-time data analytics running on the data centre.

“Mission critical means if that application goes down, the critical part of the business stops functioning,” he explained.

In addition to the PowerMax, the other major announcements were the addition of native replication and a new entry price point for the XtremIO X2 All-Flash arrays, and a new Dell EMC X2 entry model for customers that’s 55 per cent cheaper.

Joyce Metevier, director of engineering for Dell EMC servers, gave a sneak peek at the new Dell EMC PowerEdge MX infrastructure. Details were scarce, but Metevier said more would be revealed about the product closer to its launch date in the latter half of 2018.