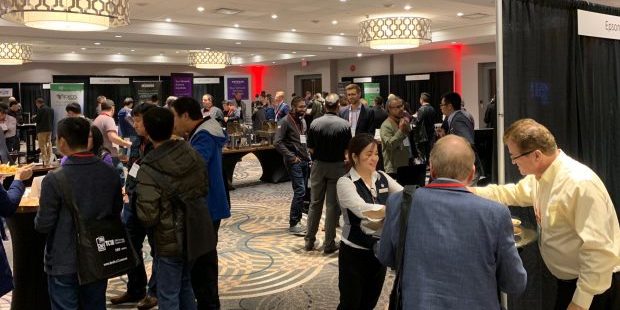 D&H Canada is experiencing serious growth out West ever since it opened its 26,000 square-foot facility in B.C., says the company’s marketing and business development director, and its latest tech event in Vancouver proved it.

“We had some partners drive more than eight hours to be there,” explained Randy Churchill, suggesting the dedication from partners is a reflection of the growth D&H Canada has experienced on the West Coast. “Our revenues after just one year out West are equal to where we were with our Toronto business after five.”

A spokesperson for D&H Canada confirmed in an email that for fiscal year 2019, sales revenue for the Canadian D&H business’, thus far, has grown by 20 per cent. SMBs spurred into action heading into 2018, looking to modernize their back-office processes and address refresh cycles, and Churchill said based on survey feedback, smaller business partners out West have been increasingly interested about endpoint security and improving Wi-Fi connectivity. D&H Canada’s latest line of Pro AV solutions has also garnered a lot of partner interest due to the growing demand from the SMB market.

Ben Jennings, a reseller from the Vancouver area, looks over some NETGEAR networking
hardware, as a representative answers questions on an exhibit floor featuring more than 30 manufacturers. Photo submitted by D&H.

“That’s been a huge initiative that our partners have responded very well too,” said Churchill. “You usually thought a Pro AV installation was a $100,000 order and that you needed technical assets on site to install it, but now the SMB VAR that’s got an understanding of network integration and can install network switches, they can deploy that Pro AV solution because they now understand it’s tying on as an endpoint on a network. And their customers are asking to install the entire solution and not just a part of it.”

The Vancouver event attracted, among other manufacturers, Cisco, HPE/Aruba, LG, Lenovo, Micron, NETGEAR, Samsung, StarTech, Ubiquiti Networks, and TRENDnet. It was a good opportunity for partners to chat directly with vendors who rarely get to interact with the partner community, explained Churchill.

“We like to connect our partners and vendors, and this is a great way to do that,” he said. “A lot of our partners don’t have the opportunity or time to attend the large events like CES.”

The increased focus on client satisfaction due to the sale of cloud services and recurring revenue models has also forced a lot of SMBs to pivot despite a lack of resources. Churchill says, as a distributor, they’ve stepped into to help vendor partners develop best practices around recurring revenue models, as well as educate partners around the Device-as-a-Service model to compensate for decreasing hardware sales.

“But another area that’s been overlooked is bringing partners together that have different strengths to go after and present a solution to a customer that they couldn’t have done alone,” he said. “There’s always a pride in ownership, but smaller businesses will find that working together allows them to scale more quickly.”