Google’s eSIMs on the Pixel are just the beginning 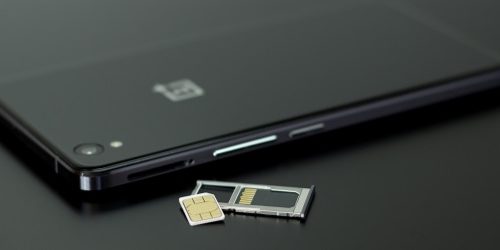 The latest Pixel smartphone from Google is one of the first to support an embedded SIM card (eSIM), but what exactly is an eSIM, and how is it going to change the device market?

An eSIM is an embedded, software-defined SIM card that emulates a physical SIM card while replacing the need to actually have a physical SIM card inside of your smartphone or in other devices such as wearables and Internet of Things devices. The eSIM can then be activated and deactivated with just a click of a button.

An eSIM has several advantages over older removable SIM cards, Will Hahn, principal analyst of CSP business strategies at Gartner Inc., explained to IT World Canada. A much smaller size, comparable computing power and security, and the ability to accept over-the-air updates, including changes in service providers, give eSIMs a leg up over the traditional SIM.

“The [ability to accept over-the-air updates] is the crucial point and the reason for carrier reluctance, but the market will likely standardize around the GSMA (GSM Association) regulations which clearly prohibit the SIM from ever being ‘locked’ to a single provider. The chief inhibitors to eSIM growth right now are high cost from the lack of scale economies, and the reluctance of carrier to adopt more quickly,” said Hahn.

Google, for its part, is ahead of the game with the inclusion of the eSIM on Pixel 2 devices. In the U.S., Pixel 2 owners can use the tech giant’s Project Fi cell service to switch between networks. That’s the promise of an eSIM, with Project Fi allowing users to access the best available network between Wi-Fi and three 4G LTE networks in over 135 countries across the globe for the same price.

“The eSIM in the Pixel 2, I would say, creates substantial potential for change in the personal devices market. Traditional communications providers are hardly in love with the eSIM yet, but their attitude is thawing and that’s a good thing because we believe the growth of eSIMs is inevitable,” said Hahn.

And eSIMs won’t just change the smartphone and personal device market. As more wearable and Internet of Things devices look to add LTE capabilities, eSIMs will help device manufacturers, chipset providers, and cloud service providers (CSPs) target areas all around the globe without worrying about connectivity.

Salesforce and Google announce partnership and product integration at Dreamforce

Panasonic is using eSIM technology in its new P.180 connectivity service to deliver global scalability with local connectivity to achieve a goal of predictable pricing and the removal of roaming fees. To do so, it partnered with Ireland-based Cubic Telecom for its platform that spans about 180 countries and 25 mobile operator partnerships that amount to 60 full integrated networks around the world.

“Seamless and global connectivity are the two most important pieces. We are starting to see that borders, especially between Canada and the U.S., are becoming less and less important,” said Brian Rowley, vice president of marketing and product management at Panasonic, to ITWC at the P.180 launch event this October. “We have reached a point where there is less tolerance in not being connected. They want to be connected and they don’t care how. They just want to know that if they need connectivity they can get it regardless of where they are.”

In the long-term, eSIM adoption will affect pricing plans, bundling, standard contracts, and device financing. However, Gartner points to challenges such as SIM providers, device manufacturers, and CSPs agreeing on a common standard for building a support ecosystem for eSIMs as roadblocks that still need to be overcome.

“We believe it is only a matter of time before providers come over to allow their profiles on the eSIM. It won’t happen all at once, but the Google Pixel is a step in that direction,” Hahn said.