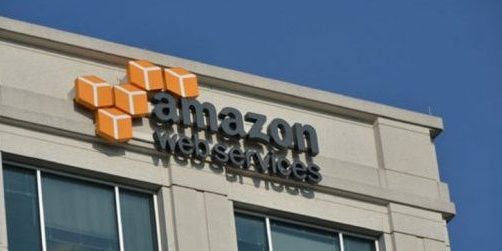 Amazon Web Services (AWS) was one of the first global cloud providers to set up shop in Canada, opening data centres in Quebec and launching a Canadian region at the end of 2016. This major milestone allowed many companies dealing with Canada’s strict data sovereignty regulations, which requires public sector organizations to keep their data within the country, to take advantage of cloud services for the first time.

AWS remains the largest infrastructure as a service (IaaS) public cloud provider in Canada according to market research firm IDC, boasting thousands of customers ranging from startups like Vidyard in Waterloo to large enterprises like National Bank and, most recently, the Government of Canada. Through partners DXC Technologies, Infosys Public Services Inc., Lien par le réseau, Scalar Decisions, and TeraMach Technologies Inc., AWS will be the home of significant amounts of unclassified government data in 2018 and beyond.

“For the government to take advantage of public cloud, this is a real breakthrough and an exciting time for the public sector,” Eric Gales, director of AWS Canada, tells CDN. “It’s great to see the Canadian government consider cloud the new normal because it’s really transformative and relevant to all commercial and public operations. It improves their cost structures, drives innovation, and allows people to move more quickly, to have better security, and to scale technology faster.”

Despite global cloud rival Microsoft also launching data centres and Canadian regions in 2016, and Google in 2018 – not to mention the multitude of other players such as IBM, Bell, and Telus – Gales and his team are not worried about the competition. The Canadian region is going strong and AWS just recently opened another Direct Connect location, which allows customers to create a dedicated network connection between AWS and on-premise private office clouds or data centres, in Vancouver to complement its others in Toronto and Montreal.

“We don’t focus on competitors, we focus on our customers,” he explains. “Plus, the depth of our platform and the breadth of experience we have in operating these environments at this scale is significant and a big differentiator between us and the rest of the pack. As our CEO Andy Jassy said, there’s no compression algorithm for experience in running [cloud platforms] with this kind of scale.”

While Gales admits there’s no immediate plans to create another Canadian region or add more Direct Connect locations, he says the company is always listening to feedback from its “tens of thousands” of customers in Canada.

“There are no expansion plans that I can announce today, but we always pay attention to feedback from customers – that’s the reason that we ended up with the region here in the first place. The Direct Connect locations that we have are really a function of feedback from customers and we remain committed to the Canadian market and to making sure that we pay attention to them,” he continues.

AWS’s 2018 strategy in Canada includes further investment and hiring, as well as incorporating emerging technologies such as artificial intelligence (AI) into new and existing products. Products like SageMaker, a tool that enables more developers to have access to advanced AI capabilities, and Sumerian, which allows developers to build virtual and augmented reality (VR/AR) applications, were launched at the AWS Re:Invent conference in November 2017, and from an Amazon point of view, the company has also unveiled Alexa for Business.

“We want to continue making more of the latest technologies more accessible to more users, like AI and VR/AR, which have been in the domain of specialists for a long time. We want to take these complex capabilities and give developers an easier way to expand their use in the market and apply them in more scenarios. We’re going to continue developing our portfolio of services in this sense and we’re excited for the potential

On a societal level, he mentions that the company wants to contribute to closing the skills gap in Canada, especially in the cloud sector, and also plans to focus much of its efforts on making the IT industry a better and more enticing destination for women.

“Investing in resources across the country is always important to us. We expanded our AWS Educate program at the end of 2017, which aims to educate students in cloud technology and encourage it as a potential career destination, from universities to high school kids,” the AWS Canada leader highlights. “We also recently joined the Women in Communications Technology Organization to improve gender diversity in the IT industry.”

As for AWS channel partners, fear not. Gales concludes by emphasizing how important the Canadian channel is and will continue to be to the company, and recommits to further investment in the space.

“We’ve seen tremendous growth in adoption from our Canadian partner community, and we’re continuing to deploy more resources across the country to get closer to that community in terms of account management, specialists, and region optics that can help them build businesses around using AWS technologies,” he points out. “it is a very important area of focus for us, and one we will continue to invest as we go through 2018 and beyond.”

Find out more about the cloud ecosystem in Canada in CDN’s latest digital magazine focusing on the top cloud providers in Canada.