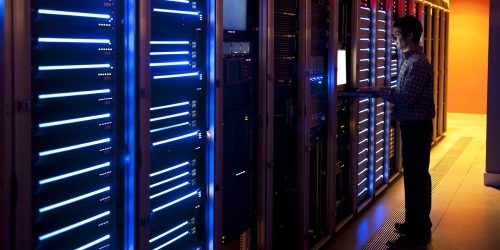 Windows Server 2008 and SQL Server 2008 have been Microsoft’s most popular server and database management operating systems to date. Now, they are encroaching the tail-end of their 10-year lifecycle. Security updates will end on July 9, 2019 for SQL Server 2008, and on Jan. 14, 2020 for Windows Server 2008. This article covers a few upgrading and migration options for organizations looking to move to a newer platform.

Update to a newer version of Windows Server and SQL server

For applications that need to remain on-premise, installing a newer version of Windows Server/SQL server may be the best option. Out of all the installation choices, upgrading is the easiest way to preserve system settings.

Unfortunately, there isn’t a direct upgrade path from Windows Server 2008 directly to Server 2016 without performing a clean install. If you want to preserve your settings, the server must be upgraded to Windows Server 2012 before installing Windows server 2016 and newer. Before committing to any software change, back up the existing environment and ensure both the hardware and software vendors fully support the new OS.

Upgrading or migrating all the servers at once may be impossible for larger clusters. For scenarios where only a portion of the hardware can be updated at a time, Microsoft offers the new Extended Security Update program.

Each Extended Security Update license can be purchased for 75 per cent of the full license cost of the latest version of SQL Server or Windows Server. The service is billed annually and can be canceled at any time.

If network bandwidth isn’t a concern and applications do not to be kept on-premise, then migrating to the cloud stands as a solid option.

The most immediate choice is Microsoft Azure. As with all cloud computing platforms, Azure offers a vast array of performance plans. Initial operating system setup is nearly instantaneous, enabling devs to set up quick developer test environments. High-redundancy and high-availability make Azure (and most major cloud computing platforms) perfect for disaster recovery and backup as well.

Azure isn’t the only cloud computing platform available – Amazon Web Services and Google Cloud Platform are equally capable options and have their own advantages. With that said, Azure distinguishes itself by offering Extended Security Update for free, and according to Microsoft, competitors such as AWS are “five times more expensive” than Azure for Windows Server and SQL Server.

Even for organizations that must have on-premise hardware, extending certain workload onto cloud have tangible benefits. A few good use cases include deploying developer test environments, expanding the mail server, and improve backup redundancy.

Alternatives and where to host them

Microsoft’s dominance in the enterprise market is significant, but many other Linux-based operating systems exist outside of it. Notable distributions include Debian, SUSE, CentOS, Fedora, Red Hat, Ubuntu, and Amazon Linux just to name a few.

Linux enterprise operating systems provide a number of advantages. First is stability. Linux is known for being reliable and has fewer unexpected failures. This truth applies to all Linux machines from desktop to large-scale servers.

One of Linux’s key principles is to have many specialized modular components that each does one thing very well. Its modularity makes them exceptionally pliant. Users can configure it to build them to have only the feature they need while keeping the option of attaching additional functions later on. This not only translates to cost savings, but also reduces attack surfaces and increases performance.

Then there’s license cost. Linux itself is open source, which means that anyone can use the code to create their own Linux version. Due to this, enterprise operating systems based on Linux are often far cheaper, with most of the money going towards maintenance and support. On the topic of support, many Linux distros have grown to carry extensive support. Companies like Red Hat, SUSE, and Ubuntu Server all offer frequent patches, feature enhancements, and security updates.

The caveat to all of this is that because of their flexible nature, they’re harder to operate and maintain. Though cloud computing service vendors provide hardware maintenance, on-premise personnel could be just as costly as Microsoft Server admins.

Also, Microsoft’s overwhelming presence in the server market is not unjust. For organizations already well-versed with Windows, transitioning to a newer version requires minimal training. Setup is fast and easy, and the OS is fully equipped to service immediately after deployment. It’s also extremely feature-rich, simple to operate, and have exhaustive documentation.

Find out more about transition strategies on Microsoft’s blog, or download the comprehensive assessment guide here.