IT organizations lack the “right stuff” to satisfy business needs

A new study from Softchoice, CDN’s Top Solution Provider of 2012, finds that most organizations lack the IT infrastructure to meet the growing expectations of front office workers and managers.

The report – The Virtual Space Race, How IT with The Right Stuff creates a competitive advantage – was also sponsored by virtualization vendor VMware. It concludes that the gap between front office expectations and the ability of the IT department to deliver has never been as wide as it is today.

“With cloud and mobile’s enterprise footprint expanding, more front office workers are empowered to choose their own technology and apps,” said Doug Sekus, Softchoice’s director of business development, data centre, in a statement. “We’ve found most organizations’ outdated datacenters are struggling to keep up with employees’ and clients’ growing demands.”

The perspective and the priorities of the IT department and the front office aren’t aligned, the report found.

From the IT perspective, ideally they’d like to spend more time on security and strategy, but in reality they’re having to spend more time on maintenance instead. This need to keep the lights on colours how they feel the front office view them – 65 per cent of IT managers said their colleagues see them as a help desk rather than a strategic partner, and 55 per cent said they’re viewed as gatekeepers instead of enablers. Almost two-thirds spend less than one quarter of their week on strategic projects. 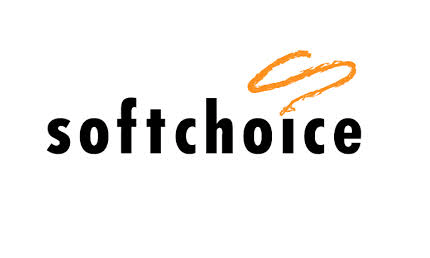 On the front office manager side, 80 per cent said they see IT as a cost centre rather than a revenue generator, and 73 per cent think app deployments should take less than one month. And while 57 per cent think their organization should spend more on IT, and three-quarters would use their own budget to do so, some 31 per cent said they cut out IT when buying new software for their department.

So while there’s alignment between what IT would like to be and what the front office would like it to be, IT is not currently meeting those expectations. The report puts the blame on outdates IT infrastructure.

According to the findings, some 61 per cent of respondents virtualize less than half their IT environments, 46 per cent have no hybrid cloud capabilities, 25 per cent don’t have centralized management of their IT environment and 64 per cent don’t have chargeback capabilities. And while software-as-a-service has led the front office to expect near-instant application deployment, 30 per cent take one to six months to deploy a new application, and 28 per cent take over six months.

What does an IT organization with the “right stuff” look like? Softchoice points to four areas: Standardize and centralize infrastructure to support software-defined solutions, Virtualize compute, network and storage, Automate data centre apps with scripts and policies, and Connect the cloud infrastructure and manage it all as one system.

“Organizations with IT infrastructure that is highly virtualized, highly automated, and that supports software-defined solutions can implement new processes faster, respond to employee needs quicker, and focus more time on growth and innovation,” Sekus said. “Leveraging new technology to go to market faster is the new, virtual space race and organizations with the right IT infrastructure are winning the race.”