More honesty from both sides will bridge the divide between buyers and sellers, says Devbridge CEO 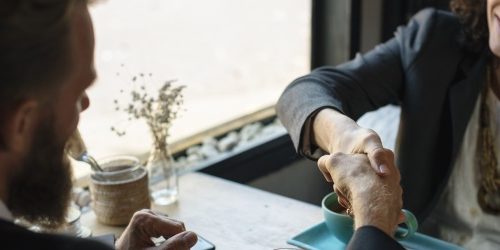 IT departments rarely complain about a lack of options, and it’s no wonder because they have an enormous catalogue of channel partners to choose from and an even longer list of solutions to explore.

On top of that, emerging technologies emerge all the time, and the explosive growth of the open source market suggests there’s never been a better time to be working in IT. The decision-makers in your tech department, however, face a significant challenge that according to a few people I’ve spoken to – combined with some statistics – boils down to a disconnect between them and their suppliers.

According to one IT manager for an SMB in the food industry in Ontario, his company uses technology belonging to multiple brands, and he admits vendors selling them are very good at ensuring an expert is available to help him solve problems. They’re also good at reminding him of the latest available products. But these functions are of little use to him.

“I’ll never get a call asking me what I actually need,” he says, asking to remain anonymous. Any survey he’s ever filled out asking for feedback seemingly disappear into a black hole, he adds, as evidenced by the ensuing wave of emails and newsletters asking him to try out something bleeding-edge that, while undeniably impressive, has little to do with his team’s objectives.

“A lot of providers and companies have lost their solution problem-solving skills. I was surprised to see how rarely they worked together.  We had to provide that systems integrator role. I think it’s something that vendors and software companies should get better at,” she tells CDN.

The disconnect is widespread. A recent study from Devbridge Group – a software design and development company and strategic partner to B2B enterprises – reveals 80 per cent of the channel community across North America believes it’s delivering top-notch service. In reality, however, customers think only eight per cent of their suppliers deliver on it. Another study from channel marketing solutions provider OneAffiniti points to a different discrepancy. Despite the slow wide-scale adoption of virtual and augmented reality and AI, channel partners had high expectations for them at the start of 2018. Sixty-seven per cent of channel partners predicated high adoption rates for VR and AR in the next 12 months, and 71 per cent of them expected customers to adopt AI. Small enterprise (SME)  buyers had overwhelmingly opposite expectations – nine per cent of SME buyers expected to spend money on VR and AR, and only eight per cent were planning on investing in AI.

“While they continue to lag behind the rest of the IT market categories, there are promising signs indicating that may soon change,” Michael Heldebrandt, U.S. country manager of OneAffinity, says in the report. “For instance, many major brands are investing more in AI and VR / AR product development, which will make it far easier for channel partners to package and sell to their SME customers. Before they can do that, however, the marketing teams of IT brands will have to work closely with channel partners to educate the overall market and ultimately make a compelling case for investing in such emerging technology.”

Channel partners have evolved in recent years, and many of them have taken on the role of systems integrators to help business undergo a digital transformation. These companies are experts when it comes to the systems and emerging technologies they want to integrate, but they’re also well-aware that digital transformation isn’t a rosy process, says Aurimas Adomavicius, president of Devbridge Group. He describes a lot of senior executives in Canada as an isolated group that doesn’t want to have frank conversations about the “dirty” digital transformation process that inevitably lead to major disruptions in the workplace. This lack of direction from leadership tends to minimize the full potential of a partner that was brought in to help.

“A lot of channel partners are very much content with the status quo because it’s a means for them to make money,” he says, referring to what he describes as a common saying in the partner community. “If you can’t be part of the solution, you might as well make money along the way.”

Smaller SMEs – they make up almost Canada’s entire public sector – who don’t have the top down support regarding digital transformation shouldn’t even bother turning to the partner community for help. “Legacy processes and legacy culture will prevail in that instance,” says Adomavicius.

But once partners get their foot in the door, Adomavicius encourages both sides to be more honest.

“They need to be more abrasive, and not be afraid of stepping on toes and upsetting people,” he explains. “That relationship needs to be real in these engagements and the conversations need to be more frank and results-oriented.”