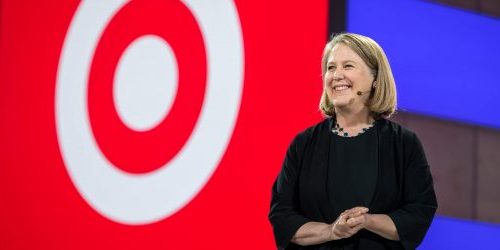 Dianne Greene did a good job getting North American customers to take the Google Cloud Platform (GCP) more seriously, and as incoming CEO Thomas Kurian takes over, that work has to continue with Canadian enterprises, says Jeff Telford of Onix.

“It’s the biggest thing we need to see continue,” Telford, Onix’s Canadian country manager, told CDN. “Part of the reason why customers weren’t aware of what Google had to offer is because they weren’t 100 per cent sure that it was enterprise ready.”

But Telford says Greene, who announced the leadership change in a blog post last week, has laid down the foundation for a strong sales strategy and coherent narrative around Google’s cloud business. Onix has been a Google partner since 2002, and Telford speaks positively about Google’s partner ecosystem. Opening a data centre in Montreal earlier this year was a huge win for Canadian partners as well, he adds.

“It was something Dianne pushed for,” he says.

Greene touted some of GCP’s accomplishments in her blog post, and confirmed she will officially step down as CEO in January, and that Kurian, who joins Google Nov. 26, will slowly transition into the role.

“We have moved Google Cloud from having only two significant customers and a collection of startups to having major Fortune 1000 enterprises betting their future on Google Cloud, something we should accept as a great compliment as well as a huge responsibility,” she wrote. “When this journey started, some people would say that Google had great technology but they weren’t sure that customers would rely on Google as their enterprise partner. At our recent Google Cloud Next event in San Francisco, we had over 23,000 attendees, representing 10x growth from 2016.” But that hasn’t translated to a strong market share yet. GCP is almost in the big three public cloud provider conversation, but still lags behind Amazon Web Services and Azure, and is nipping on the heels of IBM. GCP is fourth place when it comes to market share, according to Synergy Research Group. AWS continues to reign supreme with 34 per cent, followed by Microsoft at 14 per cent. Google is right behind IBM in fourth at approximately seven per cent.

Steve White, vice-president of worldwide channels and alliances research for IDC, says he thinks Google has been very engaged with Canadian partners this year, and are actively modernizing partner programs.

“We did a bit of work with the Google Partner team last year and they were looking to reinvent their whole partner program. They’re in the midst of that work right now,” White told CDN, explaining how Google is looking to roll its smaller channel programs into one to make it easier for partners to work with them. “They’re really investing.”

Kurian, a 22-year Oracle veteran who resigned from the California-based software company in September, faces a unique challenge with Google, says White. While Kurian helped bring Oracle Cloud into the mainstream, it was within a traditional, top-down enterprise culture. Google’s “fail-fast” mindset and much more collaborative environment will be foreign territory for Kurian.

“It’s very interesting,” he says. “It’s great to have that ‘Why can’t we do it?’ mindset. Operationalizing that might be a challenge. They might not be able to everything at once.”

Telford says Kurian’s work in Canada will be made a little easier thanks to Google Cloud’s Jim Lambe, the Canadian country manager for GCP.

“The Canadian Google enterprise team has strong leadership, and [Lambe] has grown out his team significantly,” says Telford. “And that’s what’s going to be key – strong leadership locally in the cloud business supported by the C-Suite at Google to make sure we can get the right contracts and pricing, and do it all in a timely fashion.”