Qualcomm wants to stop Apple from selling new iPhones in the U.S. 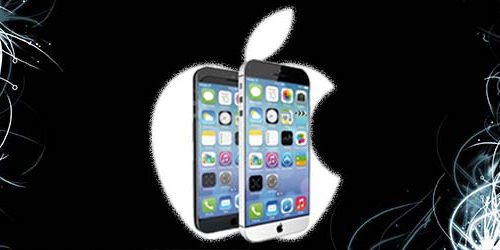 The bitter legal battle between Apple Inc. and Qualcomm Inc. has taken another turn, with the San Diego, Calif.-based microchip manufacturer filing six patent infringement complaints aimed at halting the sale of new iPhones in the U.S.

According to Qualcomm, which filed the complaint with the United States International Trade Commission (ITC) on July 6, the six patents “enable high performance in a smartphone while extending battery life.”

“Qualcomm is requesting that the ITC institute an investigation into Apple’s infringing imports and ultimately issue a Limited Exclusion Order (LEO) to bar importation of those iPhones and other products into the United States to stop Apple’s unlawful and unfair use of Qualcomm’s technology,” the company wrote in a July 6 press release.

“The Company is seeking the LEO against iPhones that use cellular baseband processors other than those supplied by Qualcomm’s affiliates,” the release continued. “Additionally, Qualcomm is seeking a Cease and Desist Order barring further sales of infringing Apple products that have already been imported and to halt the marketing, advertising, demonstration, warehousing of inventory for distribution and use of those imported products in the United States.”

In addition to filing a complaint with the ITC, Qualcomm filed a complaint regarding the same six patents in the U.S. District Court for the Southern District of California, seeking damages and injunctive relief from Apple for alleged patent infringement.

The complaints are only the latest in a long-running dispute between the two companies, which began in January with an antitrust complaint that Apple filed against Qualcomm for allegedly withholding more than $1 billion USD in “rebates” to punish Apple for talking to regulators in South Korea.

When approached by Reuters for comment, Apple referred to its earlier comments on the dispute, in which have included accusations that Qualcomm unfairly imposed a “tax” on Apple devices using its chips and that the company was illegally trying to control the chip market.

“We are extremely disappointed in the way Qualcomm is conducting its business with us and unfortunately after years of disagreement over what constitutes a fair and reasonable royalty we have no choice left but to turn to the courts,” Apple said in a Jan. 20 statement.

Unlike rival customers such as Samsung Electronics Ltd., Apple does not pay Qualcomm directly, opting instead to pay the chip maker through its Asian contract manufacturers who build the iPhone. Rosenberg alleges that it’s currently meddling in Qualcomm’s agreements with those suppliers, such as Foxconn Technology Co., in a bid to negotiate more favourable licensing fees, and is behind regulatory investigations of Qualcomm’s worldwide business practices as well, lobbying with “false and misleading statements to induce regulators to take action against us because it would be in their commercial interests,” according to an April 10 story by Bloomberg reporters Ian King and Susan Decker.

King and Decker also noted that in December, Qualcomm was given a record fine of $1.03 trillion USD won (approximately $1.167 billion Canadian) for violating antitrust laws, and that in January it was accused by the U.S. Federal Trade Commission of forcing Apple to exclusively use its chips in return for lower licensing fees.

In Qualcomm’s July 6 statement executive vice president and general counsel Don Rosenberg defended the company’s latest actions against Apple, saying the Cupertino, Calif. tech giant “continues to use Qualcomm’s technology while refusing to pay for it.”

Qualcomm expects the ITC investigation to begin in August and the case to be tried next year.