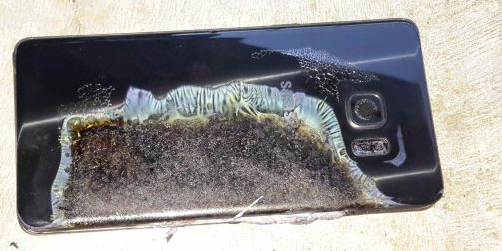 It looks like Samsung Electronics Ltd. is trying to make the best of a bad situation.

In a statement posted on its website Monday, the company revealed its plans to process, recycle – and, in certain markets, refurbish – its infamous Galaxy Note 7 devices.

“Samsung Electronics Canada will not be offering refurbished Galaxy Note 7 devices for rent or sale in Canada,” a Samsung Canada representative said in a statement emailed to CDN.

“Regarding the Galaxy Note 7 devices as refurbished phones or rental phones, applicability is dependent upon consultations with regulatory authorities and carriers as well as due consideration of local demand,” the company’s international March 27 statement read. “The markets and release dates will be determined accordingly.”

While the Galaxy Note 7 earned positive reviews – including from us – upon its initial release last August, within a month reports that certain devices were exploding left the company scrambling to first replace then, amid further explosive reports, recall them entirely.

In all, 35 explosions were reported, with Samsung conducting an official investigation that concluded oversized batteries were to blame, and offering to replace existing devices with a Galaxy S7 or S7 Edge.

In its March 27 statement, Samsung said it had established “three principles” to ensure that any devices collected would be “recycled and processed in an environmentally-friendly manner”:

Components such as semiconductors and camera modules will be detached by third parties and used for test sample purposes, Samsung said, while precious metals such as copper, nickel, gold, and silver would be extracted as well.

Despite the apparent dangers posed by the Note 7 and Samsung’s efforts to address them, residual Note 7 use has remained higher than devices from other well-known brands such as LG and HTC, leading the company to deactivate them remotely.