SAP getting serious about the “S” in SMB 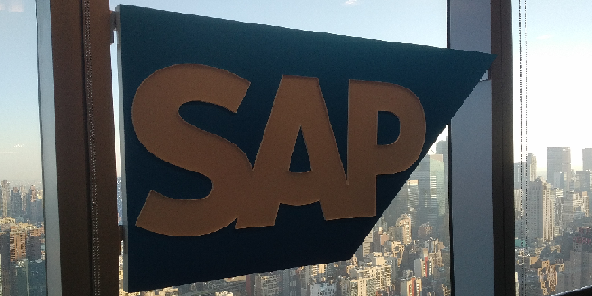 Cardenuto announced, at the 8th annual SAP SME Summit, Cloud Choice, an umbrella program that will pay solution providers a share of the overall sale of SAP technology throughout the lifecycle of the customer.

There is also a referral fee SAP is paying to solution providers who refer customers to SAP. Cardenuto acknowledged the marketplace is changing not just for large enterprises but also the SMB because of the cloud.

Currently, Cardenuto said SAP does manage business on-premises through a basic resale of technology by channel partners. But, in the cloud, Cardenuto said customers are no longer buying assets and its more of a Software-as-a-Service (SaaS) offering. “This is a new business model and we want to revenue share with partners who are with us. I will give them a cut of the revenue throughout the lifecycle of the customer if its three-years, five-years or 10-years. They will get a cut each year from Cloud Choice,” he said.

SAP is still working on the development of the Cloud Choice program. Expect to see more models covered under this program in 2017 starting with a services area. Cardenuto told CDN that SAP is looking at the economic models in all areas to help the channel partner transition from on premise reselling to the cloud.

The revenue share starts at five points and reaches up to 20 per cent margins. Deal size does not matter under this model so if a channel partner sells a $100,000 deal or a $5 million deal they will be able to earn between five to 20 points of margin per year throughout the length of the deal. There will also be another incentive payment from SAP on renewals. The range of margin will depend on the value a partner adds to the solution, according to Cardenuto.

Donald Dickinson, the president of SAP channel partner Dickinson & Associates of Chicago, said Cloud Choice offers a partner more predictability with revenue. “In the past, ERP integrators usually had to deal with years of up and down revenue so this program enables us to focus on the long term relationships with customers. We now have the obligation to adapt and improve the customer’s business and it definitely helps now that SAP has more boots on the ground,” Dickinson said.

SAP supports agile IT with next gen SAP Hana

Earlier this year SAP announced a mandate to triple its channel business by 2020. Currently, SAP has 30 per cent of its business going through the channel.

Right now Cardenuto manages approximately 14,000 worldwide channel partners. However, about half of those are active with SAP. Cardenuto said to be active; a channel partner must do a transaction with SAP every other quarter from either a sale, service, implementation or consulting perspective.

The goal with this solution provider network is to increase the activity of the entire group to eventually have a channel ecosystem of 14,000 plus active partners for SAP.

“For our channel we are segment agnostic. So they can do SMB as well as enterprise. In the general business segment this is not a traditional business but anything that is not large enterprise,” Cardenuto added.

There has been some progress. Cardenuto said that 60 per cent of HANA sales are through the channel.

And, the time may be right for SAP to make this SMB push through the channel. Cardenuto said small businesses in the SMB are part of the digital transformation trend. “SMBs are getting bombarded by it. Small shops now have to manage Apply Pay for example. Or work through a distributed inventory that can be in-store or on Amazon or EBay. So they too need the right digital tools to manage the business and satisfy the customer expectations socially. This can be difficult to manage and we want to provide the SMB the same level of tools and solutions that are for the large enterprise,” he said.